Many fans of the long-running soap opera General Hospital were disappointed to learn that actor Matt Cohen was leaving the series in his role as Dr. Griffin Munro.

With his last episode having aired on March 22, the actor explained that his decision to leave was amicable, and they purposely left the door open for the actor to return as his character.

“I did three years at the show. It was a great time and I had great fun playing the character, but I’m a guy who gets uncomfortable when he gets comfortable,” Cohen told TV Insider about his decision to leave GH.

He continued, “I need to give Griffin a little rest right now. There’s always the chance I’ll come back. I have a real family over there with the actors and especially the crew that keeps that show afloat.”

Cohen went on to clarify that playing Griffin Munro definitely wasn’t boring with all of his various and dramatic storylines, but he simply wants a new challenge.  “I wasn’t bored with the writing or the storyline, but I’m bored if I don’t have an extreme challenge in front of me. My next big challenge is about directing a feature film. I have to embark on that. Maybe I’ll pop into GH every once in a while? That’ll be up to Frank [Valentini] and the writers as to what we do.”

The actor also shared some parting words for his fans: “Thank you for watching and for your support. And thanks to the critics, too. They make us better and help us grow. I’ll be back either as a premonition, a return, in a dream, or a flashback. Who knows? But I will touch my feet on the GH set again. There’s too much love there for that not to happen. All gratitude towards the fans.” 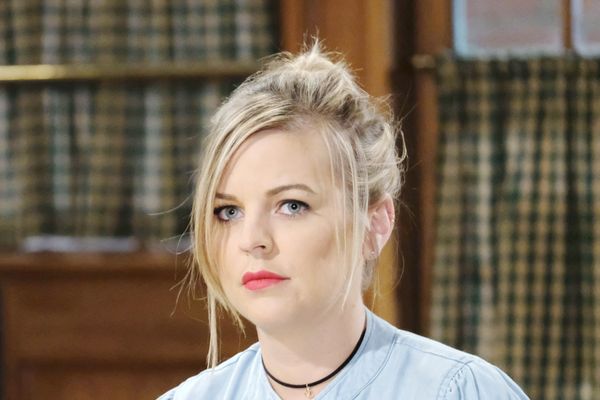