First comes love, then comes marriage – then comes baby in the baby carriage! Unless you’re Gwen Stefani, that is.

This past weekend rumors began swirling about a supposed proposal by Blake Shelton to his girlfriend of 8 months, Gwen Stefani. Some reports even went so far as to suggest that Blake and Stefani were trying to get pregnant. And Stefani’s response to these rumors? She’s laughing.

On Wednesday, Stefani did an interview on The Tommy Show where she set the record straight. When asked about the wedding reports, she responded: “Let’s just take it one day at a time.” She added, “Everything’s crazy right now so no, absolutely not. Can you imagine the amount of gossipy, weird stories people make up? To me, it makes me laugh every day. I actually do Google my name just so I can see the next one that’s gonna happen, because it’s gotten so out of control.”

The couple’s relationship has been in the spotlight since they announced getting together in November 2015. As judges on The Voice, they’ve done several duets together, and have been frequently featured in tabloids. The attention doesn’t seem to phase Stefani, though. “The best part about it is it’s hilarious,” the singer said on the radio show. “The worst part about it is that some people actually believe that stuff. Like, that is what’s funny.” 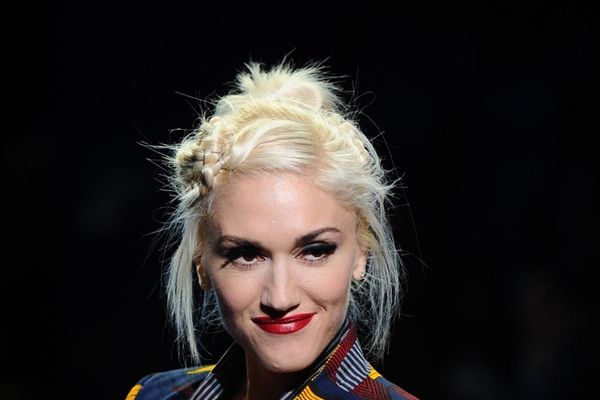