One Tree Hill alum Hilarie Burton and her husband Jeffrey Dean Morgan swooped in to defend their friend Diane Kruger after a Twitter user slammed her for drinking champagne after giving birth.

“Dear @JDMorgan @HilarieBurton,” the tweet began alongside an image of Kruger sipping an alcoholic drink. “Can you say to Aunt Diane that after a birth she can’t drink alcohol (bc breastfeeding). I think you both as great parents you know what I mean. I know that uncle Norman need a drink bc of her (Diane). But that poor New born baby.”

Burton quickly came to her friend’s defense and hastily rebutted, “What a gross thing for you to say. You should be ashamed. I like Diane. You must feel really awful about yourself to attack someone you don’t know. I suggest looking inward, lady. Get a life.” Jeffrey Dean Morgan, Burton’s husband, was quick to support his wife’s comment and added, “Booom. Shut that s–t down.”

Other Twitter users quickly jumped in to support Burton and Morgan’s defense as well. One Twitter user wrote, “I’m guessing about Diane as in Norms Diane. Why do people try and feel the need to pass judgement!!?? And they wonder why they’re so rightly very private about their lives. Go on hil #ShutThatS–tDown.” Another user chimed in, “Ridiculous how people online feel the need to judge someone on a picture, thinking they know them and all because of their jealousy. Ugly people who think too little but speak so much.” 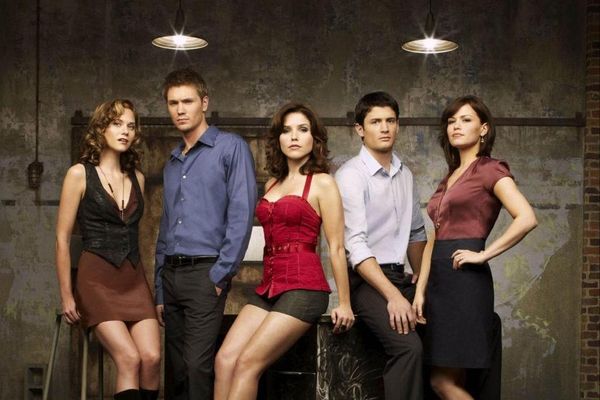 Quiz: How Well Do You Know One Tree Hill?