With baby number two on the way, Younger actress Hilary Duff is going to experience what it is like to have a daughter after welcoming son Luca with ex-husband Mike Comrie six years ago, and she isn’t the only one adjusting to the change.

In an appearance on The Late Late Show with James Corden, the actress opened up about expecting her second child and first daughter and revealed how Luca is preparing to become a big brother. It was the first interview that Duff spoke openly about her pregnancy with boyfriend Matthew Koma after the pair announced on Friday, June 8 that they were expecting their first child together.

When Corden asked Duff about how Luca responded to the news, she admitted he wasn’t as thrilled as they were. “The beginning was a little, a little a… he was surprised,” Duff told Corden. “And now he’s warming up to the idea.”

While she was happy that he began to warm up and tell his friends that he was going to have a sister, he then started putting his own spin on it. “He told his friend at school the other day that he’s having a sister that’s part red-butt monkey,” Duff joked. “So we’ll see! It’ll be a first. That’ll be really cool.”

Now, Lucas is also suggesting names for his baby sister. “We’re up for any kind of suggestions, but Luca thinks ‘Cofant Croissant’ is like, the coolest name,” Duff said, adding that Luca has become pretty insistent on the choice. “There would be no confusion. And when I just refer to it as ‘Cofant,’ and I’m like, ‘That would be so cool, no one at school’s going to be named Cofant,’ He’s like ‘Croissant. Cofant Croissant.’ It goes together. There’s no separating the two.” 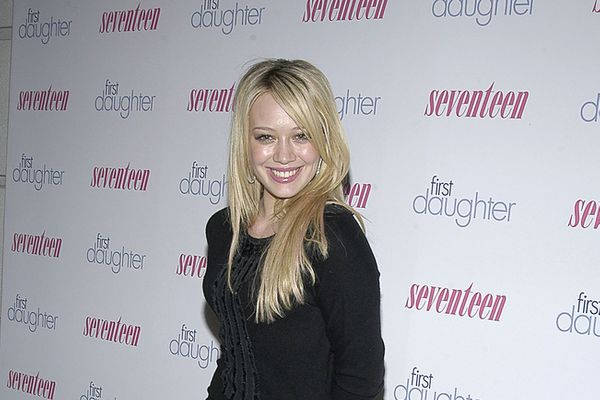