Hilary Duff has been famous for most of her life but, unlike some of her contemporaries (ahem, Lindsay Lohan), the fame has never gone directly to her head. She’s always been level headed and mature beyond her years, which is why she hasn’t been involved in any major scandals that could derail her career. She’s going to be celebrating her 29th birthday soon, so we have 9 things here that you probably didn’t know about the former tween star:

She was born on September 28, 1987 in Houston, Texas, to Robert, a partner in a chain of convenience stores in Texas and San Antonio, and Susan, a homemaker. She has one older sister, Haylie, who is also an actress and a singer. Both she and her sister were enrolled in acting, singing, and ballet classes when they were young before they began auditioning for local theatre productions. When she was six, she and Haylie were cast in The Nutcracker Suite in San Antonio. In 1993, Hilary and her sister moved to California with their mother in search of stardom.

8. Struggling to Make It

After moving to California, Duff got to work trying to make a name for herself as an actress. She landed an uncredited roles in the Hallmark Entertainment western miniseries True Women and the comedy-drama Playing by Heart, as well as the role of Wendy in feature film comedy Casper Meets Wendy. She also appeared in the TV movie The Soul Collector as Ellie, which earned her a Young Artist Award for Best Performance in a TV Movie or Pilot, and as a sick child in the TV medical drama Chicago Hope. She was then cast in the NBC sitcom, Daddio. Unfortunately, producers dropped her from the cast before the show was aired. At this point, she was almost ready to give up on a career in showbiz.

7. Break Up with Disney

After becoming a household name thanks to Disney’s show Lizzie Maguire, the rising star parted ways with Disney in 2003. According to her mother, they were in negotiations for a sequel to The Lizzie McGuire Movie when negotiations broke down. Disney claims that they offered Duff a “very generous offer and unfortunately they passed.” That’s not how Susan Duff, Hilary’s mother and manager, saw it. “Disney thought they’d be able to bully us into accepting whatever offer they wanted to make, and they couldn’t,” she said. “We walked away from a sequel. They walked away from a franchise.”

In 2004, the “Wake Up” singer launched her own clothing line for tweens called Stuff by Hilary Duff that was distributed through Target in the U.S., Kmart in Australia, Zellers in Canada, and Edgars Stores in South Africa. The line grossed $5 million in its first year and eventually expanded to furniture, fragrances and jewelry. In 2008, she announced that her line had officially been discontinued because she didn’t have full control over the line anymore.

She started dating Joel Madden back in 2004 when she was 16 and he was 25. They confirmed that they were dating during the summer of 2005 and broke up in November 2006 after dating for two and a half years. Before that she dated former pop star Aaron Carter and Malcolm in the Middle star Frankie Muniz. In 2007, she started dating NHL player Mike Comrie, who she married in 2010, separated from in 2014 and the divorced in 2016. Together they have one son, Luca. Right now, she’s reportedly casually dating her trainer, Jason Walsh.

4. The Thinnification of Hilary Duff

Back in 2005, the teen star went from 130 pounds to 98 pounds. She says that she became obsessed with controlling her weight, but at the time she insisted that the weight loss was just due to a healthier diet. “When I was 17, I weighed, like, 98 pounds,” she told Health magazine. “I was totally obsessed with everything I put in my mouth. I was way too skinny. Not cute. And my body wasn’t that healthy – my hands would cramp up a lot because I wasn’t getting the nutrition I needed. That constant pressure of wanting something different than I had? I regret that.”

Back in 2005, she got a dental makeover after she chipped her teeth on a microphone while performing. A dentist replaced her two front teeth with veneers. Unfortunately, on her wedding day, when she bit into a bagel, it ended up pulling off one of her veneers. “First of all I lost my tooth… I was eating a bagel. You know you starve yourself before your wedding,” she told Chelsea Handler. “Well, I was like, I’m going to eat a bagel first thing, I’m getting married in the evening but I have been so good it’s not going to stick between [now and the wedding]. So I’m just chowing down on a bagel, a nice soft bagel and I spit my tooth out in my hand.” Thankfully her wedding planner knew a dentist in the area and they were able to get it fixed fast!

Lizzie Maguire star’s parents filed for divorce in 2006 and things quickly became messy. According to Duff, her father had an affair, which is what led to the breakdown of her parent’s marriage. It didn’t take long for the former married couple to start fighting over money, which led to her father being jailed for 10 days in 2008 after he was found in contempt of the court after he sold assets without court approval.

In 2006, Duff filed a restraining order against a 19-year-old Russian immigrant named Maksim Myaskovskiy and his roommate David Joseph Klein after they threatened her and her boyfriend at the time, Joel Madden. While the charges against Klein were dropped because he apologized and promised to not seek further contact with Duff, Madden or any of their family members or representatives, Myaskovskiy was sentenced to 117 days in jail and five years probation after pleading no contest to the charges. 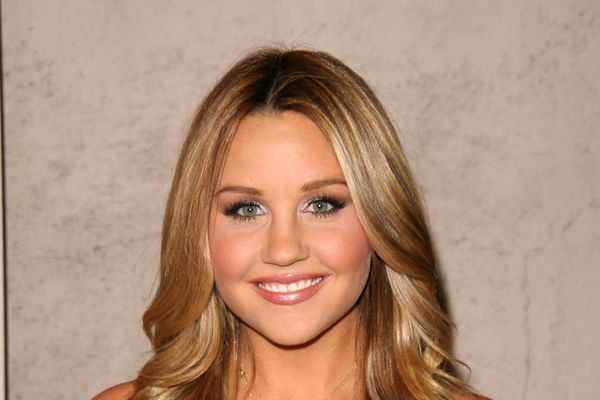