Honey Boo Boo Opens Up About Joining Dancing With The Stars: Juniors

On the Tuesday, September 25 episode of Dancing With the Stars, the full cast of junior stars competing on the spinoff were announced and one of the most famous is Alana “Honey Boo Boo” Thompson. The 13-year-old first got her start on TV at only 5-years-old on TLC’s Toddlers & Tiaras before she landed her very own series, Here Comes Honey Boo Boo.

Despite being known for reality TV, Thompson said she was “nervous” to compete on Dancing With the Stars: Juniors but is now just really excited.

“I’ve never even watched the show before to be honest,” she told PEOPLE. “I wanted to do it because when they asked me, I thought this is something that I’ve never done and it’d be super fun and a great experience. So I figured, let’s do it!”

Thompson, who is dancing with junior pro Tristan Ianiero and mentored by Artem Chigvintsev, also revealed that once rehearsals began she did hit her “breaking point.”

“I did hit a breaking point at one time,” she admitted. “Mackenzie Ziegler is on the show and I was like, ‘I’m never going to be better than her.’ But I kind of got past it because you don’t have to be the best dancer to win. It’s not just about being the best dancer. It’s about having fun, too.”

“And everyone around me was so supportive,” she added. “Some days I would get super nervous and frustrated, but Artem and Tristan were supportive and told me I was going to be great. If you’re questioning your abilities — I mean, I thought dancing was going to be the hardest thing ever to learn and to do, but it wasn’t as hard as I thought once we got the hang of it. If you’re going to do something, don’t be afraid to do it and just do it!”

Dancing with the Stars: Juniors premieres Oct. 7 at 8 p.m. ET on ABC. 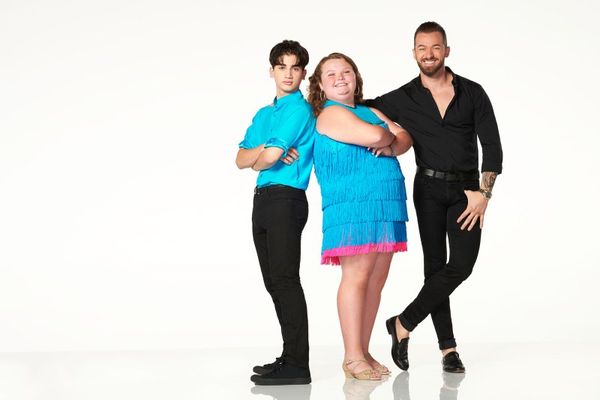