On Wednesday, June 10, the biggest stars of country music came together for the 2015 CMT Music Awards but with the rising popularity of country music, many more outside of the genre wanted to celebrate the event and the singers as well.

As it turns out none other than pop superstar Justin Bieber, 21, is actually a country fan, well of one singer in particular, and the Late Late Show host James Corden is also on board for love of country hunk Luke Bryan.

In a hilarious segment shown at the awards Bieber and Corden are driving around when Beiber asks Corden first “Why are you driving a Guuber”, a fake version of Uber, and Corden replies, “Because I’m a late night talk show host man, I’ve got to have a day job.”

He then asks Bieber, “Why are you going to the CMT Music Awards,” and Bieber says, “I love Luke Bryan.” The two then gush over the singer calling him “hot stuff” and Corden adding, “I get lost in his eyes like they’re balls of the ocean.”

The pair then burst into a rendition of one of Bryan’s hits “Country Girl (Shake It For Me).” Bryan then had the chance to respond to the video when he won Male Video of the Year stating, “Yeah, Bieber loves me.” 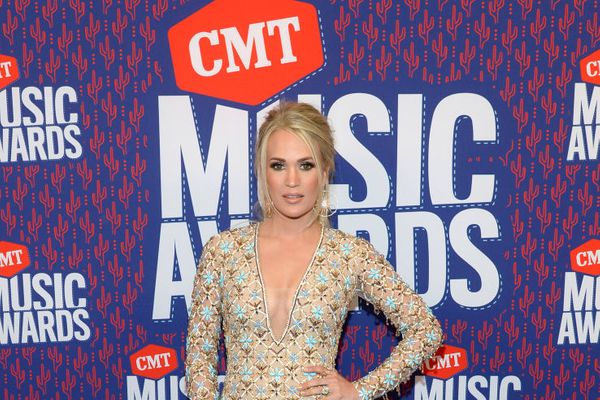