Michael Gandolfini is honoring his late father, beloved actor James Gandolfini, in the most incredible way — he is taking on his iconic role as Tony Soprano!

The 19-year-old has been cast as a young Tony Soprano in The Many Saints of Newark — a prequel to the critically acclaimed television series The Sopranos, Variety reported.

James Gandolfini of course played Tony Soprano in the hit HBO series which ran from 1999 to 2007 with six seasons following the professional and personal life of the mob boss.

The role scored James one Golden Globe Award, three SAG awards and three Emmys. He died of a heart attack in 2013 at the age of 51.

“It’s a profound honor to continue my dad’s legacy while stepping into the shoes of a young Tony Soprano,” Michael said in a statement after news of the casting was confirmed. “I’m thrilled that I am going to have the opportunity to work with David Chase and the incredible company of talent he has assembled for The Many Saints of Newark,” Michael added of the series creator.

While official announcements have not yet been made, it is expected that several former stars from the series will return for the movie in some capacity.“David is a masterful storyteller and we, along with our colleagues at HBO, are thrilled that he has decided to revisit and enlarge, the Soprano universe in a feature film,” Warner Bros Pictures Group chairman Toby Emmerich previously said in a statement. 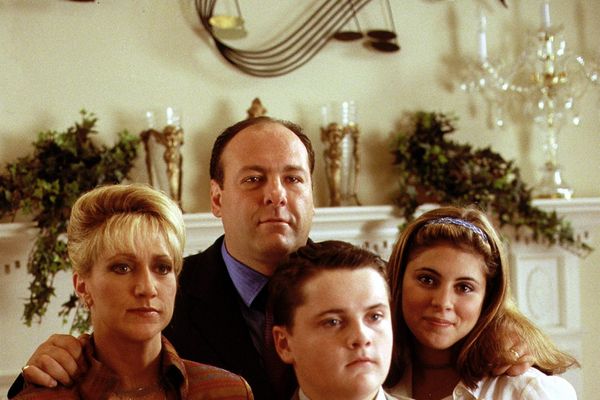 Cast Of The Sopranos: How Much Are They Worth Now?