Oh, that Jared Leto–he’s a charmer.

It’s awkward red carpet moments like these that make watching the red carpet arrivals so enjoyable in the first place. In this particular odd exchange, we start with a glimpse of Emilia Clarke. Then, the simple glimpse becomes an extended duet-style interview as Jared Leto turns on the charm, throws an arm around the Game of Thrones actress, and even pours a little Velveeta cheese over the conversation. He was completely engaged by the eyes of the English starlet.

Jared tapped back into his mysterious, tortured soul from the short-lived, 1990s gem, My Soul Called Life. Yes, it’s fair to say that Jordan Catalano was in full effect on the SAG Awards red carpet.

Jared Leto is enjoyable to watch in interviews like these. The guy is definitively laid back. Who else drops phrases like “Holy guacamole…” in response to an interesting statement from an interviewer? After getting his desired mack on the lovely Emilia, Jared went on to talk about taking his acting sabbatical, his focus on music and all things stemming from his life as a musician. He even suggested the experiences made him a better actor. Who can argue after seeing his performance in Dallas Buyers Club?

Overall, it was a good night for everyone within the Dallas Buyers Club family. Matthew McConaughey took home the award for Outstanding Performance by a Male in a Leading Role, and Jared Leto was honored with the Outstanding Performance in a Supporting Role. Leto is at the top of his game, and his portrayal of the character Rayon is a career milestone. Leto is the odds-on favorite to take home the Oscar in March.

Check out the video to enjoy the beautifully awkward exchange between the charmer and the charmed… (or possibly annoyed). 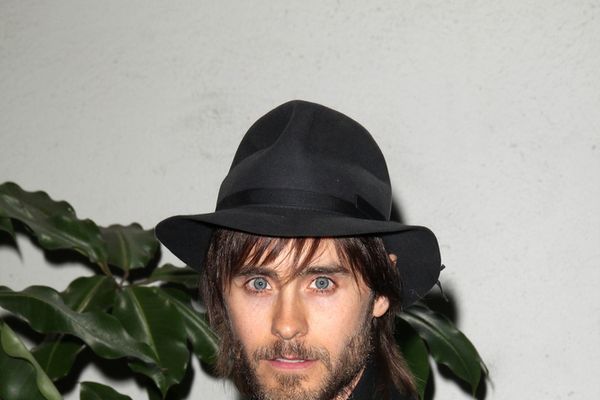