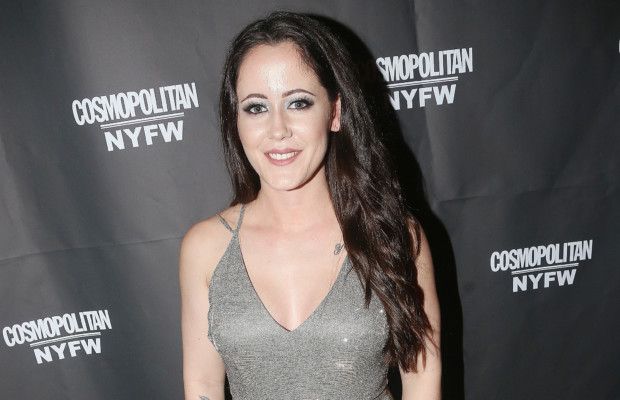 A day after the news broke that MTV had cut ties with one of its original Teen Mom 2 stars, Jenelle Evans has broken her silence.

“I was a little bit shocked but I saw it coming,” Evans told Us Weekly. “It’s shocking still but I respect their decision and have nothing but love for MTV.”

Evans went on to confirm that although her relationship with husband David Eason became rocky after he shot and killed her small dog Nugget, she is back with him and working on their marriage. “David has been here for me since the news broke, he told me to not worry about it and to stay positive,” she said. “I’m keeping busy and staying focused on my kids and my animals and my business endeavors which have been planned for months. I’m working to fix my marriage as well and moving forward.”

Jenelle’s statements were in line with a brief statement that was released by her team after MTV announced she hd been fired. “Jenelle is focusing on her family and moving forward,” Evans’ management and representative team said in a statement. “She is very grateful and appreciative of the opportunity MTV have given her and her family for the last 10 years. It is sad to part ways in this matter but this isn’t the end of Jenelle Evans or her family.”

Despite being let go, it seems Evans is taking it all in stride and when asked if she would return if asked she replied, “Of course. I hold a special place in my heart for MTV and the producers! I shared 10 years of my life with them! I wish them nothing but success.”

Earlier in the week, Evans was fired after returning to her husband following the incident in which he shot and killed their dog for “snapping” at their 2-year-old daughter Ensley. In the wake of the incident several major sponsors and advertisers withdrew from the series, causing MTV to make the decision to cut ties with Jenelle.

Fans will remember that MTV previously fired her husband in February 2018 which has made it increasingly hard for Jenelle to film anyway.

Although reports indicated that Jenelle and David might be returning to reality TV sooner than expected with a part in the upcoming season of Marriage Boot Camp, she simply said, “Don’t believe everything you read. Just know this isn’t the last of Jenelle Evans! I respect my fans and the network and respect their decision.”

Meanwhile it is not clear if her mother Barbara Evans will continue to film as she has primary custody of Jenelle’s eldest son Jace, but it has been reported that MTV has already replaced Jenelle with Teen Mom: Young and Pregnant star Jade Cline.