There is no denying that through all the buzz about the 2018 Oscars, one name that keeps coming up is Jennifer Garner.

After laying low for quite some time in the wake of her split from Ben Affleck, Garner appeared at the 90th Academy Awards looking absolutely incredible in a stunning blue gown, and while she already had everyone talking about her red carpet entrance, a video of her inside the awards show then went viral.

If you haven’t seen it, the viral meme shows Garner happily clapping for whatever was happening on stage, and then suddenly stopping while a dazed look of wonder comes over her face. Along with the video are the words, “What realization did Jennifer Garner just come to?”

After seeing the meme many times herself, the 45-year-old actress took to her Instagram Story to share what she was possibly thinking about during that moment.

“Congrats to Shape of Water! Maybe I should date a fish?” she said, referring to the Guillermo del Toro-directed best picture winner.

Or she posed she could have been thinking, “Hey Jimmy Kimmel, what’s in your wallet? Wait where’s my wallet?” Garner said, alluding to the tagline of her popular Capital One Venture television commercials.

And lastly: “Can’t wait to work with Lena Dunham! Wait did I sign a nudity waiver?”

Apparently even Garner can’t remember what she was thinking to create the now infamous moment but everyone on social media are sharing their own opinions!

The 2018 Oscars were held at the Dolby Theatre at Hollywood & Highland Center on March 4 and were telecast live on ABC. 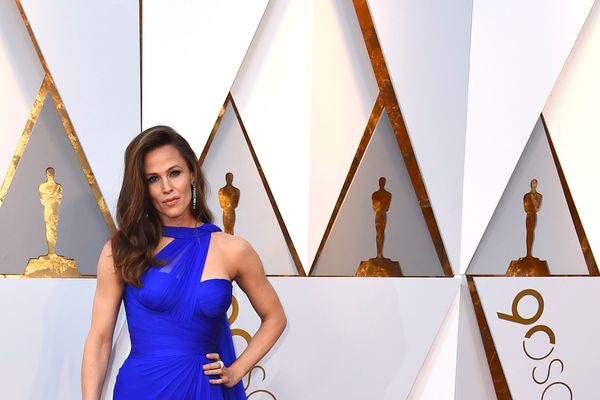