It looks like one of TV’s longest-running talk shows might be coming to an end after an incredible 27 seasons!

According to multiple reports, the future of The Jerry Springer Show is currently uncertain after its move to The CW as the network reportedly has no plans to film any new episodes. The CW plans to air a mix of pre-produced original episodes with those from previous years and the rerun episodes will continue to air in syndication.

While there is a “consideration” for new episodes, it is not certain and there are reports there was even a series wrap party and the production crew has been laid off for the time being.

The Jerry Springer Show premiered in 1991 as a talk-show based on serious subject matter like social issues and politics, however after production was moved from Cincinnati to Chicago, the topics for episodes were made more salacious in order to boost ratings. From there, the series has gone to become known as the definitive “trashy” talk-show, and at its peak in 1998 the series even topped Oprah Winfrey’s ratings with a daily audience of almost 10 million viewers!

Back in February of this year, the 74-year-old Springer talked about the possibility of retiring, saying, “When you reach this age, it’s almost on a year-to-year basis. Take a look at the schedule I have: five shows a week, the podcast, the America’s Got Talent national tour, political speeches and fundraising. And then to be with my wife and grandson … he’s 9 going on 20. It’s the God’s truth best thing in the world. I just want to be around him. He’s my buddy.” He even admitted that the show is “stupid” and agreed with many of its critics, “To suggest that bad behavior came about because of television is drugstore psychology, and hard to take that seriously. Look, the show’s stupid. Don’t watch it. That’s why God gave us remote controls,” he said. “The show is a one-hour escape. It’s not great literature. If I were in college, would I watch it? Hell, yeah. I wouldn’t watch it now, but I’m a 74-year-old man. It’s not aimed at me. It’s aimed at college kids. That’s basically our audience.”

He added, “It has no particular purpose other than one hour of escapism. I guess if I really wanted to put together a term paper, I could come up with something and say these are little morality plays. The good guys get cheered. The bad guys get booed, and they lose the girlfriend. On our show, bad guys lose, good guys win, and that is the depth of the show. There is nothing deeper than that. I don’t see anything more in the show than entertainment.” 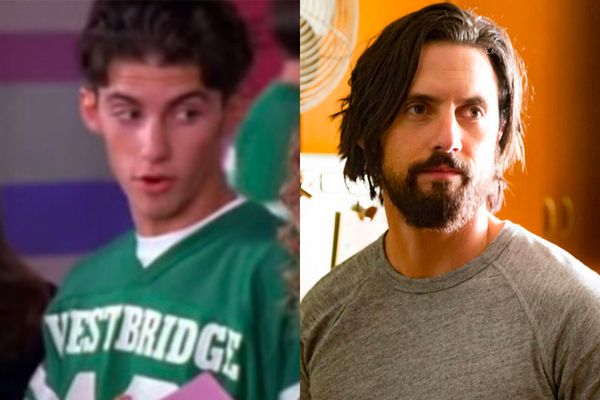 Celebrities You Forgot Appeared On Sabrina The Teenage Witch