Actor Johnny Depp is retaliating against ex-wife Amber Heard after their nasty divorce battle in which Heard characterized herself as a domestic abuse victim.

According to a lawsuit filed by the actor, he is calling Heard’s allegations a “hoax” and also says she was cheating on him with Elon Musk only one month into their marriage.

Heard “purported to write from the perspective of ‘a public figure representing domestic abuse’ and claimed that she ‘felt the full force of our culture’s wrath for women who speak out’ when she ‘spoke up against sexual violence,’ ” Depp’s lawyers state in the lawsuit. “The op-ed depended on the central premise that Ms. Heard was a domestic abuse victim and that Mr. Depp perpetrated domestic violence against her.”

“Mr. Depp never abused Ms. Heard. Her allegations against him were false when they were made in 2016. They were part of an elaborate hoax to generate positive publicity for Ms. Heard and advance her career,” Depp’s lawyers continue in the documents.

As a result, Depp has filed a $50 million defamation lawsuit against Heard over her Dec. 18, 2018 op-ed in The Washington Post titled, “I spoke up against sexual violence — and faced our culture’s wrath. That has to change.”

Depp is suing for compensatory damages following the op-ed, as well as punitive damages for the “willfulness and maliciousness that Ms. Heard demonstrated when she knowingly published the op-ed with the false implication that Mr. Depp violently abused her.”

In response to the filing, Heard’s rep said in a statement: “This frivolous action is just the latest of Johnny Depp’s repeated efforts to silence Amber Heard. She will not be silenced. Mr. Depp’s actions prove he is unable to accept the truth of his ongoing abusive behavior. But while he appears hell-bent on achieving self destruction, we will prevail in defeating this groundless lawsuit and ending the continued vile harassment of my client by Mr. Depp and his legal team.” 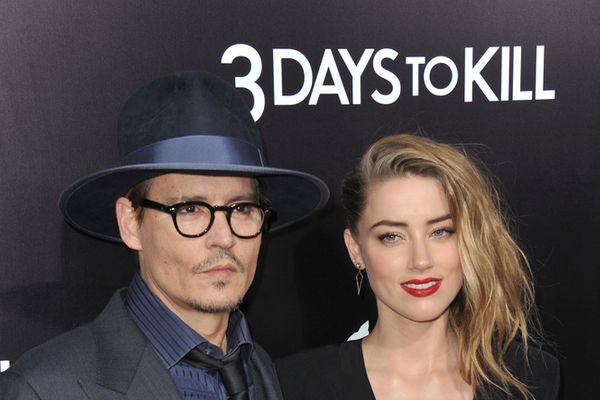