Jordan Rodgers Opens Up About His Strained Relationship With Brother Aaron

In a new interview, Bachelorette’s Jordan Rodgers suggests that his relationship with his brother Aaron isn’t all that brotherly.

In a chat with Katie Nolan from the podcast Garbage Time, Jordan indicated that he and his brother, Green Bay Packers starting quarterback Aaron Rodgers, are not very close.

“You know, we have a relationship,” Rodgers told Nolan. “It’s complicated. I’ll say that.”

When Nolan asked Rodgers if his brother was watching the show, he didn’t know how to answer. “I’m sure everybody watches the show, so yeah. I think so, yeah,” Jordan stated. Nolan probed further, asking Jordan if his brother had said anything specific about the show. Trying to dodge the question Jordan replied, “You know, I haven’t gotten any pointers on my kissing or my dating.”

Oddly enough, Rodgers talked more positively about his relationship with the other competitors on the show. Addressing the unusual nature of the show, Nolan asked Jordan, “Is it weird that you’re becoming good friends with these guys who in their nature are competing with you to sleep with this woman that you also want to sleep with?” Rodgers replied, “It’s the weirdest. And every morning you wake up you’re like, ‘You know what? I kind of like these guys.’ But wait a minute, they’re trying to date the same girl I’m dating. It’s the weirdest experience I’ve ever been a part of, for sure.”

He also challenged the presumptions by other contestants that he has ulterior motives for being on the show. “I’m not sure why they would have said it because I feel like I was there with very genuine [intentions], and I feel like everybody knew that, but obviously not quite as well as I thought,” he stated. “It’s not true, so I laugh it off a little bit.” 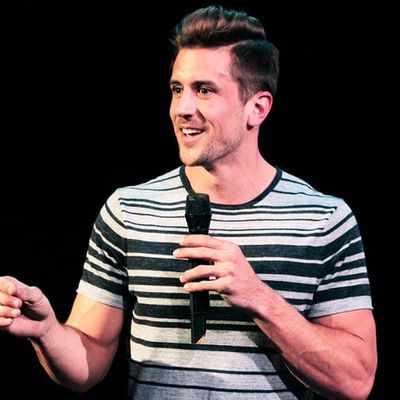