Katie Couric revisited the tense interview she conducted in 2004 with Denzel Washington regarding celebrity involvement in politics.

Couric recalled on the Everything Iconic with Danny Pellegrino podcast on Monday, April 27, that she interviewed Washington for NBC News 16 years ago about the political film The Manchurian Candidate.

She told Pellegrino she believed the actor “totally misconstrued a question I asked and kind of jumped all over me and it was so uncomfortable.”

During the 2004 interview, which Meryl Streep was also present for, the reporter asked Washington if he agreed with the idea that “Hollywood folks should just stick to acting.”

Couric then attempted to rephrase her question to the actor, beginning to ask, “Are you one of those people that —,” but he interrupted her.

When she tried to elaborate on her initial question, Washington said, “I’m a human being. My job is acting.”

Couric reflected on the interview, telling Pellegrino, “I just remember leaving it and thinking, ‘God, I must have … I don’t think I said anything wrong, I don’t know what happened.'”

“Anyway, he must have been having a really bad day, because he later wrote a really big check to my colon cancer organization, which I thought was super sweet,” she said of Washington.

While Couric revealed that Washington is one of her favorite actors, she admitted she left the interview upset.

“I remember walking out and feeling really kind of shaken that he had kind of gone after me in a way that was completely, weirdly uncalled for,” the reporter said. 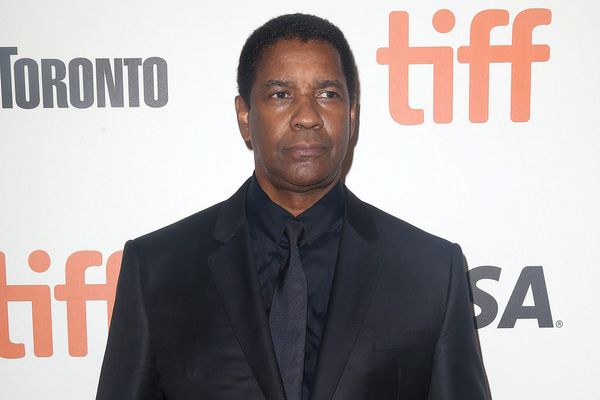