It looks like Flo will be back onscreen this December, as her portrayer Katrina Bowden has revealed she’ll be returning to The Bold And The Beautiful set next week.

“I’ll be back shooting end of next week with my BB fam,” Bowden revealed to a fan on Instagram who told her she was missed and inquired about her return.

The actress recently took a break from the sudser to film a movie in Australia called Great White. Written by Michael Boughen and directed by Martin Wilson, it’s the story of seaplane pilots and their passengers who end up being abandoned in the water miles from Hell’s Reef. Desperately trying to make it to shore, they try to survive while two great white sharks hunt them. The film is set for release in 2021.

The actress has also appeared in primetime shows like Public Morals, Law & Order: Special Victims Unit and Ugly Betty but is perhaps best known for her role as Cerie on 30 Rock.

Bowden’s last appearance on B&B was in mid-October, as Flo recovered from surgery after donating a kidney to her aunt Katie. Flo had hoped her sacrifice would redeem her in the eyes of the other Logan women after they’d discovered she’d been harboring the baby Beth secret for months.

Rumor has it, Flo’s ex Wyatt and his new fiancé Sally will be in for their share of turmoil in the near future when Sally calls out the wrong name during an intimate moment. And this will lead to Wyatt making a life-altering decision. Will he decide to break up with Sally and reunite with his high school sweetheart Flo? Keep watching B&B to find out! 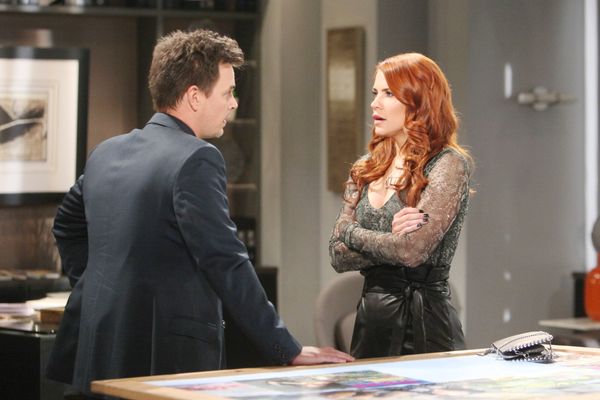 Bold And The Beautiful: Spoilers For December 2019