“Unfortunately yes I don’t have anymore scenes on #GH at the moment,” the actress posted on Twitter recently. “BUT that could all change once productions start back up.”

The actress had returned to the sudser on March 11. Since her reappearance in Port Charles, Britt was there to support her best friend Brad Cooper (Parry Shen) and had an unexpected and passionate one-night stand with his father-in-law Julian Jerome (William DeVry).

Thiebaud is also currently appearing for a short stint on Days Of Our Lives (DOOL) as Zoe, Evan Frears’ (Brock Kelly) lawyer. Her first soap gig was as Alicia on DOOL in 2011. She has also appeared on several primetime shows including The Secret Life Of The American Teenager, Modern Romance, Castle and Station 19.

“I guess if y’all want more of #TheBritch u will hve to harass Frank and the #GH writers, it’s up to them,” she posted. “Thank you for welcoming me again back to Port Charles. Always a fun visit and let’s hope there is more to come.”

So, will GH fans see Britt back in Port Charles anytime soon? Keep watching GH to find out! 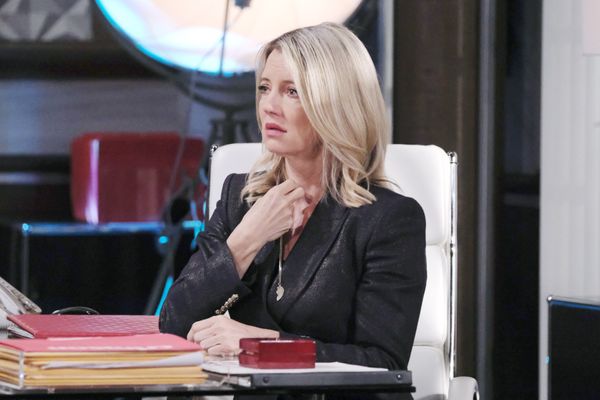