Kelly Thiebaud To Appear On Days Of Our Lives

Actress Kelly Thiebaud, who recently returned to the role of Britt Westbourne on General Hospital (GH), will also appear on Days Of Our Lives (DOOL) starting April 13.

Spoilers tease that Thiebaud will be in Salem next week playing Evan Frears’ (Brock Kelly) lawyer Zoe. Evan is in desperate need of legal counsel, as he is accused of causing the demise of Jordan Ridgeway (Chrishell Stause).

Ben Weston (Robert Scott Wilson) served more than a year in jail for the crime. But it turned out he had been innocent all along and was recently cleared of the charge and released from prison.

Thiebaud’s first soap appearance was as Alicia on Days Of Our Lives in 2011. She played Britt on GH from September 2012 until December 2018. Britt recently returned to Port Charles in March 2020. The actress has also appeared on several primetime shows during her acting career, including Castle, The Secret Life Of The American Teenager, Station 19 and Modern Romance.

Will Zoe be able to successfully defend Evan and get the charges against him dropped? Keep watching DOOL to find out! 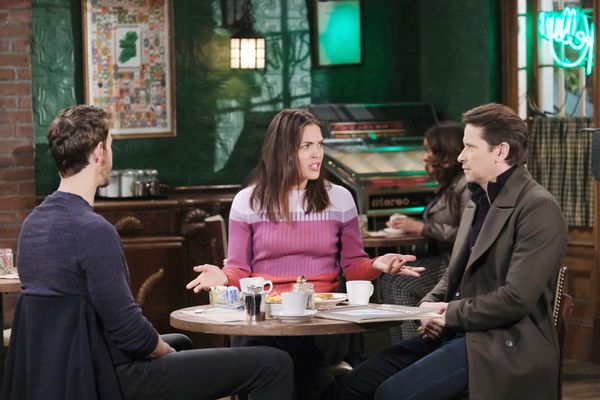