Actor and comedian Kevin Hart shared on his Laugh Out Loud Sirius XM radio show about how his near-fatal car crash in September has changed his perspective on life and himself.

“For me, I’m a different version of myself… This ain’t got nothing to do about going to church… It’s not spiritual, spiritual is the wrong word. You’re more present,” Hart explained on air. “More aware… It’s all a joke until you get smacked with that real life reality.”

The 40-year-old star continued by adding that his recovery process has been a “humbling” experience where he revealed that he “could not f–ing move. I could not wipe my a–… I literally I couldn’t do none of that.”

“It makes you realize… you really are helpless,” he added. “There was nothing I could do.”

This past Sunday, Hart echoed the same sentiment in his speech at the People’s Choice Awards show, where he won the award for favorite comedy act.

“First and foremost, thank God, because I definitely don’t have to be here,” said Hart in his acceptance speech.

He also addressed his fans in his speech, and said, “I truly want to thank you guys for being there for me at my difficult time.”

Hart’s car accident occurred on September 1. His friend, Jared Black, was driving Hart’s car at the time when suddenly the vehicle lost control and crashed through a wooden fence before 1 a.m. on Mulholland Highway in Malibu. Both Black and Hart were left with serious back injuries which required surgery.

Last month, Hart posted an emotional video about his recovery from the tragic accident to Instagram.

“When God talks, you gotta listen,” he added. “And I swear, life is funny, cause some of the craziest things that happen to you end up being the thing that you needed most.”

“In this case, I feel like God basically told me to sit down,” Hart said. “After my accident, I see things differently. I see life from a whole new perspective. My appreciation for life is through the roof. I’m thankful for my family, my friends.” 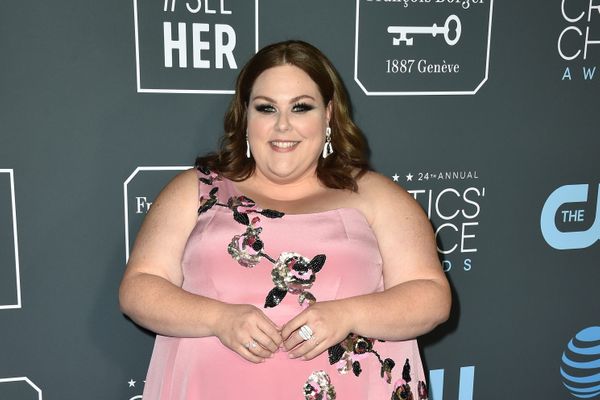