Living paycheck to paycheck isn’t something that a lot of people would think that Hollywood celebrities can relate to, but as it turns out many can. Some of the entertainment industry’s biggest stars have revealed that they spent time living in their cars, sleeping on the streets, and living on the last few dollars and cents in their accounts before things turned around in a big way. Here are some very popular stars who have opened up about just how broke they were when they got their big career break:

Right now Chris Hemsworth is one of the most sought after men in Hollywood, but it didn’t start out that way. Coming from acting in Australia to pursue Hollywood success, Hemsworth only had one goal in mind: pay of his parent’s house, but the pressure and slowing callbacks left very little in the bank until he landed Thor. “I almost put too much pressure on myself,” Hemsworth said. “If I hadn’t taken it upon myself to take care of my family, I might have been more relaxed. I remember I had an audition right before Christmas one year, where things were not going good. I’d stopped getting callbacks, and I was getting worse feedback. I thought, ‘God, why did I do this?’” He continued to audition however and ended up closer and closer to bigger roles but still not landing them. “I got very close to GI Joe,” Hemsworth said of the 2009 movie starring Channing Tatum.“I got very close to Gambit in the Wolverine X-Men movies,” he continued, though the role eventually went to Friday Night Lights star Taylor Kitsch. “At the time I was upset. I was running out of money. But if I played either of those characters, I wouldn’t have been able to play Thor.”

Chris Pratt’s Parks & Rec success has given way to complete blockbuster stardom. From Guardians of the Galaxy and Avengers to leading the new Jurassic World films, the actor is not short of fame or money, but he is not shy to say it hasn’t always been that way. The actor has opened up several times about how he used to live in his van in Hawaii. Pratt joked that while he was “homeless” aside from his van, if there is anywhere to do it, it is Hawaii. “It would be different if I lived on the streets of Chicago and ate garbage from a dumpster. We just drank and smoked weed and worked minimal hours, 15 to 20 hours per week, just enough to cover gas, food and fishing supplies. You know, it was charming time,” he said. Things weren’t easy when he made it to L.A. to become a star either, and the actor revealed he would eat the leftover food on customer’s plates while working as a waiter.

Many fans of the stunning and talented Halle Berry have no idea that before she was one of the entertainment industry’s most sought after actresses, she actually lived in a homeless shelter. Berry recalled in a 2017 interview that she moved to NYC with just enough money for a three month modeling gig, hoping it would turn into more consistent work, but it didn’t and her money ran out. Berry turned to her mother for help, but she refused, leading the actress to live in a NYC homeless shelter. “I called my mother and asked her to send me some money, and she said no, and that subsequently led to a year of not speaking to her because I was so upset that she wouldn’t help me,” Berry said. If anything Berry said the experience helped shape her, and pushed her even harder, and she continued to pursue her dreams until she finally landed her big break in Spike Lee’s 1991 film Jungle Fever.

Ed Sheeran has no problem selling out shows and making money off of his music, but when he first started out, he lived the classic life of a musician by couch surfing. Sheeran left school to pursue his own music, but did so without any money so after he lost his place to live in London he started relying on friends and strangers for a place to stay. “I met a lot of people [and] had a lot of experiences that an 18-year-old probably shouldn’t have, and when I didn’t have a place, I would stand onstage and be like, ‘If anyone has got a couch tonight,’ and it would usually work,” he revealed. The singer revealed that despite the kindness of others, he did spend some nights on the streets.“I slept on the Central Line and outside Buckingham Palace. That’s just what I did,” he told Capital FM.

One billion dollars is a tough number to even imagine, but that is roughly the net worth of author Joanne Rowling, better known as JK Rowling. When Rowling began writing Harry Potter she had no money, was a struggling single parent, and was surviving off of government assistance. She wrote Harry Potter in cafes with her daughter sleeping beside her, not knowing the series would make her one of the wealthiest women in the world. “An exceptionally short-lived marriage had imploded, and I was jobless, a lone parent, and as poor as it is possible to be in modern Britain, without being homeless … By every usual standard, I was the biggest failure I knew,” Rowling said during a 2008 Harvard University commencement speech.

Every facet of the entertainment industry is extremely difficult to break into and cutthroat once you are in it, and one of the most demanding is comedy. Only a few comedians make it to the big stage, and for Steve Harvey that meant being homeless for three years while he pursued his dream. He had quit his job, was separated from his wife and only had $50 a week, so he lived in his 1976 Ford Tempo and used an Igloo cooler as a refrigerator. Harvey said that it was “rock bottom” and although everything changed when he got his break in 1993, and he now has $100 million to his name, the fear of homelessness still follows him. “I’m running from homelessness,” he explained. “I can’t ever be in that position again. If my show gets canceled, I’ve got three more. I don’t have any free time, but I have 12 jobs.”

Academy Award-winning actress Hilary Swank has often said that she does not take for granted any of the fortune fame has given her, especially after she grew up in a trailer park and ended up living in a car with her mother for some time in L.A.When she was only 15, her mother told her that she could either pursue acting or swimming (as she was a great athlete as well) and she chose acting. The pair packed up their Oldsmobile with only $75 and spent their first few weeks living in that car. “It was no big deal, really,” she said. “I was embarking on a big adventure and I was very excited. My mum was scared as hell, but I loved it!”

Growing up in Stratford, Ontario wasn’t the easiest for Justin Bieber. The singer revealed that he and his mom struggled to get by when he was growing up and while they weren’t homeless, he often only had a couch to sleep on and would often go to bed hungry. He has also recalled being teased at school for being poor, but that all turned around when he was discovered on YouTube. After a rough start, Bieber was worth millions by the time he was only 14.

Before she won the very first season of American Idol in 2002 and went on to become one of the music industry’s most popular singers, Clarkson reveals she had “nothing” to her name. At 18 she “randomly” chose to move to L.A. and began picking up any job she could to get by. “I worked at a comedy club, I was a cocktail waitress at a comedy club. I’ve worked at a Papa John’s. I’ve worked at a Subway,” she said. Unfortunately, not long after her move, her apartment complex burned down and she had to live in her car for a few days before she could pull together enough money to drive back to Texas. Right after that incident she heard about the auditions for American Idol and decided to try out. “I think when you have nothing, you have nothing to lose, so you walk in and you’re like what do I need to do to get this job? I think when you’re at the bottom, you’re vulnerable, you’re open and you’re willing — you’re not too cool for anything because you can’t afford to be. So I think that helped me, honestly,” Clarkson said.

Dwayne “the Rock” Johnson is an entertainment legend. He is one of the very few who transitioned from a successful pro wrestling career to Hollywood, and is now one of the highest paid men in entertainment. Fans of the actor however know his famous “seven bucks” story which is why he named his production company Seven Bucks Productions. After an injury ended his football career, which he thought was going to be his future, Dwayne Johnson realized he nearly had nothing left when he only had seven bucks in his pocket. “In ’95 I had $7 bucks. By ’96 I was wrestling in flea markets for $40 bucks a night. (God Bless Waffle House)..” he wrote when he was named number 25 on Forbes top 100 Most Powerful.

Many of the Friends stars were struggling to get by before they were cast in what would become one of the most iconic series in television history. Although they each had their issues, it was Matt LeBlanc who was very close to being completely broke. LeBlanc revealed that he kept telling himself that he could make it until his next gig, until his bank account dipped to just $11. “You know when you think, ‘Alright, I got a little money in the bank. I can hold out until the next gig,'” the actor said. “I think I was down to $11…now, that’s holding out too long.” He admitted that if the Friends job hadn’t come along when it did, he probably would have “starved.”

This Is Us actress Chrissy Metz is still in disbelief over the success of the show and the response that fans have had for her character Kate Pearson, but her road to fame was anything but easy. Although she had landed small roles and even a recurring part on American Horror Story, Metz’s acting work was hardly consistent enough to fill her bank account and by the time she was called back to audition for This Is Us, she only had eighty-one cents in her account, “I was freaking out because I wasn’t sure if I had enough gas in my car to get to NBC Universal. And you needed to have at least twenty dollars in your bank account to swipe your card at the gas pump. Thank God I made it there,” she wrote in her memoir.

Jennifer Lopez is now one of the most successful women in Hollywood, but before she was worth nearly $400 million, she was scraping by. Lopez revealed that she and her mom were at odds because she did not want to attend college. As a result, she left home and with no money, things were difficult. “I started sleeping on the sofa in the dance studio. I was homeless, but I told her, ‘This is what I have to do.’ A few months later, I landed a job dancing in Europe. When I got back, I booked In Living Color. I became a Fly Girl and moved to L.A. It all happened in a year,” Lopez said of the time in her life. 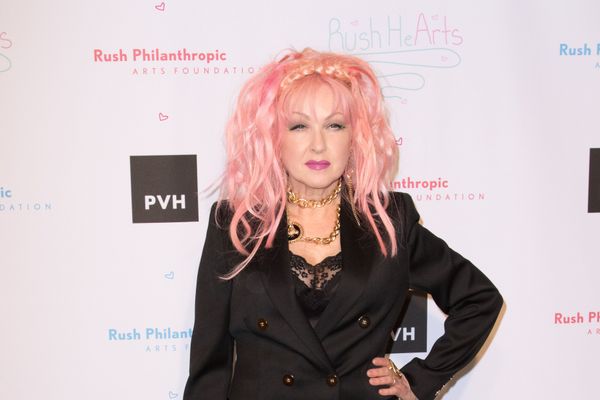