Celebrities You Didn’t Know Were British

There are a number of actors and actresses in Hollywood that aren’t American, but they play American characters so convincingly that most people don’t know that they are actually from across the pond. Did you know that these 12 celebrities are British? We bet you didn’t!

While many would assume that Keifer Sutherland is American, he isn’t! Both of his parents, Donald Sutherland and Shirley Douglas, are Canadian, but he is British! He was born in London, England, in 1966 and then moved to Corona, California, in 1968. It makes sense that he would not have an accent!

After Charlie Hunnam played Jax on Sons of Anarchy for seven seasons, many people consider him American, just like his character – but he’s not. He was born in Newcastle upon Tyne, England, which is where he spent most of his childhood until his mother moved the family Melmerby, Cumbria, after she remarried.

Hugh Laurie isn’t American – even though he has one of the most convincing American accents out there. His American accent is good that during his audition for House the director, Bryan Singer, didn’t even realize that Laurie is British! Singer considered the actor to be the quintessential American guy.

Andrew Garfield has had some big roles in some really big films including The Amazing Spider-Man, The Social Network and Hacksaw Ridge, but most people aren’t aware that he’s British! His American accent is just that convincing.

One would think that the actor who played the quintessential New York City rich kid Chuck Bass would be American, but nope, he’s not! During Ed Westwick’s audition for the role, the casting director wasn’t sure if he wanted to make Chuck British or American. Thankfully they went with the American accent — which he really nailed.

Idris Elba had one darn good American accent in The Wire. It was so good that most people don’t realize that he’s British! He was even able to hide his British accent when he auditioning for The Wire, which was a good thing cause the series creator David Simon said that if he had found out that Elba was British he wouldn’t have hired him!

One would that the actor who played Peter Parker/Spider-Man in the Marvel Universe would be American, but Tom Holland is British. He’s from Kingston upon Thames, London, and attended The BRIT School for Performing Arts and Technology. He managed to perfect his Queens accent with help from a dialect coach.

It’s hard to believe that Dominic Cooper isn’t an American! On the show Preacher, he has the perfect Texan accent, but it’s just acting! He is actually from London, England, and trained at the London Academy of Music and Dramatic Art.

Thanks to his role on The Walking Dead, most people aren’t aware that Andrew Lincoln’s heavy Southern accent is a fake. He was born in London and raised in England, so he has a British accent, which even his co-stars are surprised by cause he mostly stayed in his character’s accent on set.

Damian Lewis has been playing American characters so long that he sometimes forgets that he to speak in his British accent. Even when he gets groceries, he speaks in an American accent, which could help explain why most people aren’t even aware that he’s British.

Mischa Barton doesn’t have a British accent, but she was born in London, England. Her mother is Irish while her father is English. She didn’t get to live in England long, as her father moved to the family to New York City when Mischa was just five years old. Even though she’s now a naturalized citizen of the U.S., she still has retained her British citizenship, as well as her Irish citizenship.

Kim Cattrall was born in Liverpool, England, but she only lived there for three months before her parents picked up and moved to Canada. She lived in Courtenay, British Columbia, until she was 11 and moved back to England and enrolled in classes at the London Academy of Music and Dramatic Art. When she was 16, she took off for New York City. 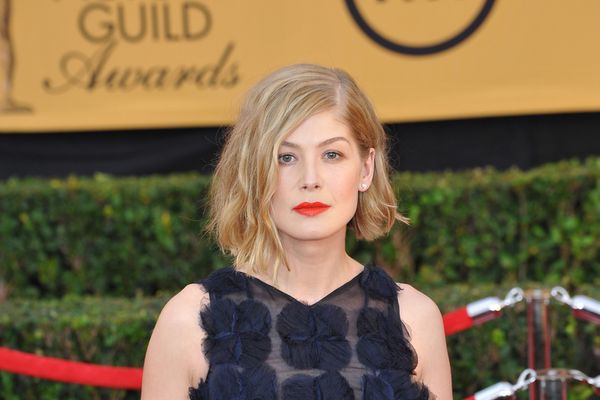