Eliza Taylor’s Australian accent is undetectable when she plays Clarke Griffin on The CW show The 100 and there is a good reason for that – before she made it as an actress, she was a dialect coach! “Well, I was a dialect coach in between gigs in Australia, so I was bartending, waiting on tables and teaching the American accent before I came to L.A. So that part wasn’t too hard,” she told The Age Entertainment. “I did find it interesting, though, when I did get here. I mean, teaching the accent itself is quite easy because it’s isolated and it’s slow and you can sound things out. But then being on set and doing a heated scene where you’re yelling and screaming, it’s amazing how quickly your own accent slips out.”

Andrew Lincoln has perfected his American accent. It feels more natural to him now than his British accent! When filming Walking Dead, he makes sure to maintain it both on and off set, so when his castmates hear his British accent, they are often shocked! “A lot of cast are here today asking what I’m doing with that accent, it’s the weirdest thing. They are a bit freaked out. I get a bit coy around them so I may slip into my dialect,” he told Belfast Telegraph.

Maia Mitchell has an adorable Australian accent, but you wouldn’t know it if you saw her on The Fosters because she hides it so well. When she’s filming and has to do her American accent all day, she often finds it difficult to remember how to get back into her Australian accent! She’s got to make sure not to lose it though because her mom would not be happy!

It might be easy to assume that Margot Robbie’s American. In The Wolf of Wall Street, her Brooklyn accent was flawless and for I, Tonya she mastered a Pacific Northwest accent. Surprisingly, she’s not American – she’s Australian. But it’s hard to tell cause every American accent that she does sounds flawless.

Hugh Laurie’s American accent is so good that the director of House, Bryan Singer, didn’t even realize that he’s British! Singer had been adamant that Dr. House be played by an American actor because he didn’t believe that a British actor could do a convincing American accent, but Laurie totally proved him wrong. Most fans – unless they have heard him in interviews – never even realized he is British.

Isa Fisher’s Australian accent isn’t super heavy, but because so many of her roles involve her speaking with an American accent and she does it so well, many people naturally assume that she’s American. It also doesn’t help that she often gets confused with American actress Amy Adams because of their red hair and small physiques.

Gregg Sulkin is actually British, but many might not be aware of that because his American accent sounds so natural. To perfect it, he makes sure to only speak with an American accent when he’s filming. Once he’s done, he breaks out his British accent! “But when I play American, I stay in the American accent from the minute I get the job till the minute I wrap. And my cast mates knew I was English, but they never heard it. So now it’s like they’re making a new friend!” he told Backstage.com.

Andrew Garfield has starred in a lot of big movies from Hacksaw Ridge to The Social Network to The Amazing Spider-Man where he’s spoken with an American accent, which is why a lot of fans don’t know that he’s British! Even Spencer Pratt from The Hills had no clue that Garfield is a Brit and neither did a bunch of his Twitter fans.

KJ Apa – who plays Archie on The CW show Riverdale – has a super sexy Kiwi accent. He was born and raised in Auckland, New Zealand, but most fans don’t know this. He really nails his American accent on the show, so it is just assumed that he’s American, but his real-life accent is way hotter.

Katherine Langford is best known for her role as Hannah Baker from the hit Netflix show 13 Reasons Why. Although she had a very convincing American accent on the show, she’s not actually American! She hails from Perth, Australia. You wouldn’t know it if watched the show though! She narrates most of it and she sounds like just another American teenager!

Rosamund Pike rose to prominence with her role as Amy Elliott Dunne in Gone Girl, and while many people might assume that she’s American because of her flawless accent, she’s actually British! She’s had a number of smaller roles in films like Pride and Prejudice and An Education, but because she’s not widely known, many don’t know that she isn’t American. 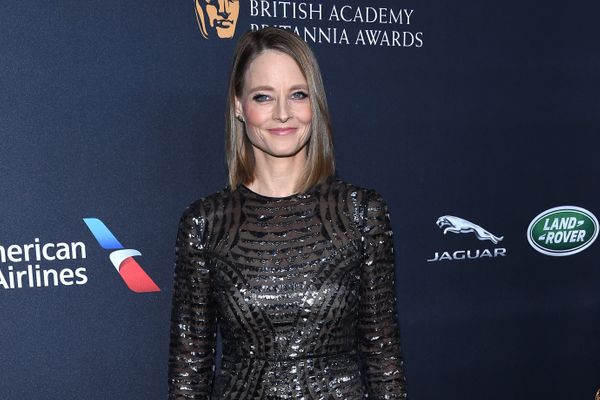