It is sometimes hard to imagine celebrities as anything other than Hollywood stars, but for a lot of them, there’s so much more to them than that! In addition to their acting chops, the stars listed below have learned to speak more than one language and in some cases English is not even their first language! Here’s a list of 15 bilingual stars:

It’s probably not that surprising to see Spanish actress Penelope Cruz on this list. She was born in Spain and studied French in school, so she can speak both languages comfortably, but she also speaks a little bit of Italian! She had to learn the language for her role in the film Non Ti Muovere (Don’t Move), and her hard work paid off because she even won an award for the role! Since learning the language she took on a full Italian speaking roles in To Rome With Love and Twice Born.

This Canadian actress best known for her role in the series Grey’s Anatomy is not only talented on stage, but she also speaks four languages! Born in Ottawa, Canada, she speaks English, Korean, Spanish and French. She learned to speak French while living in Montreal to attend acting school.

Natalie Portman is an actress with dual American and Israeli citizenship. She was born in Jerusalem to an Israeli father and an American mother, but was raised in Jericho, New York, from the age of three. Since she has lived in America nearly her whole life she’s fluent in English, but she was raised in a household that also spoke Hebrew. The Academy Award winning actress who attended Harvard University to study psychology is also credited to be able to speak a conversational level of German, Spanish, Japanese and French.

It’s pretty clear just from hearing Shakira’s accent that English is not her native tongue, but what’s interesting is just how many languages she can speak! The Colombia native singer speaks Spanish and English, of course, but she also Italian, French and Portuguese! She picked up Portuguese while touring through Brazil as a teenager, and her ability to speak English is a result of having an American boyfriend.

Ben Affleck and his brother Casey lived in Mexico for a year while they were teenagers and learned to speak Spanish. Even though he’s not fluent, Ben can understand it and speak it relatively well through conversation. There were many times during his press tour for the film Argo when he spoke Spanish.

Beloved actress Sandra Bullock is constantly impressing us and we’ve got one more reason to fall in love with her! In addition to speaking English, she is fluent in German. She was born in Virginia, but her mother was a German opera singer and voice teacher, so she spent 12-years living there and was surrounded by dance and music. In fact she studied both and even performed in a German opera at the age of 5! She showcased her language skills at the Oscars in 2012 while presenting the Best Foreign Language Film award in German.

It’s common knowledge that the That 70’s Show actress was born in Ukraine and raised in Russia. She moved to the U.S. when she was 7-years-old, so her first language is Russian, but she had to learn English. In an interview with the LA Times Mila Kunis talked about how hard it was to adjust. “Ultimately I adjusted fairly quickly and fairly well. But it must have been hard, because I blocked out second grade completely. I have no recollection of it. I always talk to my mom and my grandma about it. It was because I cried every day. I didn’t understand the culture. I didn’t understand the people. I didn’t understand the language.”

When we think of Jon Heder it’s hard not to think of Napoleon Dynamite, but there’s much more to him than that! He was a Mormon and grew up as an active member of The Church of Jesus Christ of Latter-day Saints. After high-school he went on a two-year religious mission to Japan. During his travels he learned the language and now speaks fluent Japanese.

Gwyneth Paltrow is very good at speaking Spanish — she’s almost fluent! In an interview with the Huffington Post, Paltrow said she picked up Spanish while doing an exchange program just outside Talavera de la Reina when she was 15. “When I was 15, I went to a small town outside Talavera de la Reina and had the most wonderful experience. It really changed by life,” she said. She also said she plans to raise her children, Apple and Moses, in a bilingual household. In 2009 she launched a Spanish-language version of her lifestyle blog, GOOP.

This English actor is a Hollywood heartbreaker that makes us swoon, but what will impress even more if the fact that he is fluent in four languages! He can speak Spanish, English, French and Greek. He learned Greek while studying classics at Cambridge University.

Viggo Mortensen was born into his bilingualism since his mother was American and his father was Danish. They both moved to Argentina where they raised him and he learned to speak Spanish. While growing up they also traveled to Venezuela and Denmark where he also learned to speak Danish!

Diane Kruger might speak English very well and without an accent, but German is actually her first language. She learned English early on in life, so she picked it up quite well. When she was a teenager her mother sent her to live in London where she learned to speak English quite well through student exchange programs. She’s also fluent in French after living in Paris as a model when she was only 15. You can see her speak French in a commercial for a Chanel skin care line and in the film Inglorious Basterds where she uses her German, French and English chops!

Jodie Foster has proven herself to be incredibly talented time and time again, not only as an award winning actress, but also filmmaker. Foster is an extremely intelligent woman who was deemed gifted as a child. She learned to read at the age of three and attended the French-language prep school Lycee Francais de Los Angeles. As a result of her childhood, she speaks French fluently and frequently traveled and worked in France as a teenager. She can also understand and speak a little bit of Spanish, German and Italian, but cannot speak them fluently.

Charlize Theron was born in South Africa which means her native tongue is Afrikaans! She can also speak a bit of Dutch which is very similar. You’d never know it but Theron has admitted in interviews that she is self conscious about her English. During an interview with Piers Morgan she talked about how she struggled with language when she moved to America. “I was kind of pushed into a corner when I got here, my English was very poor. The feedback was, ‘She’s great but she needs to speak English,” she said.

Born in Certaldo, Italy, Rose McGowan is pretty well rounded culturally. She lived in Italy until her early teens so Italian was her first language and, according to her, she had no interest in learning English! “I just refused to speak it. My parents would say things in English to me and I would answer in Italian. I just refused,” she said. “I’m an unfortunate mix of French, Italian and Spanish now, pretty much in one sentence. I lived in Montreal after Italy, so then the French Canadian got into my head. And then, living in LA, that’s all espanol. I go to Italy and someone speaks Italian to me, and it translates in my head to French, and I answer in French, I kind of answer in the wrong languages everywhere; it’s annoying, and makes me look like crazy town.” 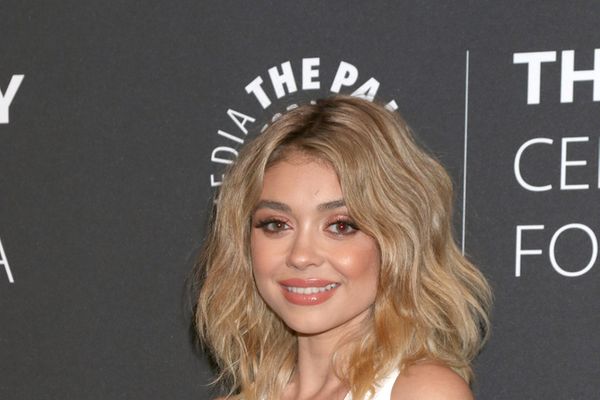