We tend to associate fame with fortune, but these two things don’t always go hand in hand. There are many celebrities, especially musicians, who’ve become incredibly successful with chart topping hits or high record sales, but they don’t have the finances to show for it. Their lack of cash typically stems from bad business deals, legal disputes or irresponsible spending. Here are 9 musicians who went broke!

Grammy award winning singer Toni Braxton filed for bankruptcy not once, but twice! She first filed in 1998 and blamed an unfair contract with her record label. She had released huge hits like “Breathe Again” and “Another Sad Love” which sparked $170 million in sales, but she claimed she only got a royalty check for $1,972 in her first recording contract and unsuccessfully sued Arista and LaFace Records. She also admitted she had a bit of a spending problem. Braxton managed to dig herself out of debt with the release of her 2000 hit “He Wasn’t Man Enough” but once again filed for bankruptcy in 2010 when her Toni Braxton: Revealed show was abruptly cancelled. She has since completed mandated financial management courses and most of her debt has been discharged.

Michael Lee Aday, better known by his stage name Meat Loaf, is a hugely successful singer, songwriter and record producer. His Bat Out Of Hell trilogy albums sold more than 50 million copies worldwide, and continue to sell nearly 40 years later! During the ’80s, Meat Loaf filed for bankruptcy after his friend Jim Steinman, who wrote many of Meat Loafs biggest hits, filed a lawsuit against him. After struggling to find a new writing partner, he finally teamed up with John Parr in 1986 and recorded Blind Before I Stop. The album was a complete failure and caused Meat Loaf to go bankrupt. He lost everything and his relationship with long-time writer, Steinman, completely deteriorated.

Marvin Gaye was a successful singer, songwriter and producer who rose to fame in the ’60s with hits like “I Heard It Through the Grapevine” and “How Sweet It Is (To Be Loved By You).” Despite all of his success, Gaye filed for bankruptcy during the divorce settlement after his 14 year marriage to Anna Gordy Gaye came to an end. Gaye’s album Here, My Dear was recorded for the purpose of making good on overdue alimony payments he owed to Anna. A judge ordered him to give his ex-wife $600,000 in royalties from the album, but it performed poorly. His finances got worse with the IRS after he developed a serious addiction to cocaine. He was imprisoned in 1980 for failure to pay back taxes, luckily he was able to make a career comeback with the single “Sexual Healing” in 1982.

The American girl group known as TLC was incredibly successful in the ’90s. The group members were Tionne “T-Boz” Watkins, Lisa “Left Eye” Lopes and Rozonda “Chili” Thomas. During the midst of their success which included multi-platinum records and four No. 1 singles, TLC filed for Chapter 11 bankruptcy on July 3, 1995. Their declared debts totaled $3.5 million. A lot of their debt came from Lopes’ insurance payments from the arson incident in 1993 and Watkins medical bills, but the majority of it was from what they thought was a bad deal with their manager Pebbitone Inc. and record label, LaFace Records. Both Pebbitone and LaFace claimed the girls were misusing the bankruptcy law to get more money, and after two years of legal debates, they finally settled in late 1996.

He’s recognized as one of the most successful artists of all time — a pop legend! Michael Jackson’s financial situation was a little murky to outsiders at the time of his death in 2009, but it definitely wasn’t great considering he’d been battling child abuse allegations since the early ’90s. His financial trouble was used by prosecutors in their case to prove his guilt by stating he was a millionaire who spent money like a billionaire. He was set to be  on the brink of bankruptcy with $300 million in debt and $400 million in liabilities. In 2006, his Neverland Ranch was closed due costs and in 2008 it was on the brink of foreclosure. He was about to set out on a series of retirement shows when he died of cardiac arrest.

Today she’s worth an estimated $30 million, but Cyndi Lauper had a rough start. She spent the first few years of her career singing and writing songs for the musical group Blue Angel, but their Polydor album wasn’t a success so Lauper had to file for bankruptcy in 1981. In order to make ends meet, she sang at a Japanese restaurant dressed as a Geisha and worked in retail before she released her first hit album She’s So Unusual in 1983.

50 Cent was the butt off all jokes pertaining to money in 2015 when he filed for Chapter 11 bankruptcy reorganization and cited $36 million in debt and less than $20 million in assets. The rapper, whose real name is Curtis Jackson, filed for bankruptcy right after he was ordered to pay Lastonia Leviston nearly $7 million after he released a sex tape without her permission. In July 2016, a judge approved a plan for him to pay back about $23 million to his creditors over the next five years.

Famous country crooner, Willie Nelson, filed for bankruptcy in 1990 after he received one of the highest tax bills in history. A federal investigation revealed he owed $16.7 million in back taxes! Even though his lawyers were able to negotiate the bill down to a measly $6 million in cash (compared to $16.7), he still couldn’t afford it. Eventually the IRS raided his Texas home and seized his assets. He lost everything except his beloved guitar. Nelson made a bizarre deal with the IRS that the revenue from his next album would go toward his debt. He set out on tour and recorded the album, The IRS Tapes: Who’ll Buy My Memories to help foot the bill. He managed to pay off all his debt by 1993 and has continued to release music since!

MC Hammer had an estimated worth of about $33 million when he released the hit album Please Hammer Don’t Hurt ‘Em in 1990. His success didn’t last long because in 1996 he filed for bankruptcy protection and cited $1 million in assets and $10 million in debts. In an interview with Oprah, MC Hammer said his bankruptcy wasn’t due to frivolous spending, but rather expanding his business too quickly. “I took my money and employed 200 people in my community. I had a payroll of a million dollars a month at times,” he said. He’s now married with five children and has branched outside of music to investing in everything from internet startups to iPad apps. As of 2013, he stilled owed about $800,000 to the IRS in back taxes. 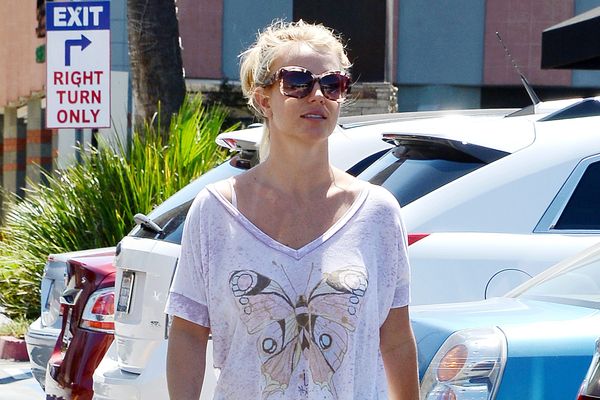