Luke Combs Crowned Entertainer Of The Year At 2021 CMA Awards

Luke Combs was crowned entertainer of the year for the first time on Wednesday night at the CMA Awards!

The star was called to the stage to accept his award and before heading up, he gave a kiss to his wife Nicole Hocking Combs. “I’m really kinda at a loss for words. Alan Jackson said my name twice just now!” Combs said referring to Jackson who presented the award. “But I honestly don’t know what to say. I have never written a speech for something like this, which is not serving me very well right now.”

He continued, “I just want to thank everybody in this room. The fans, every artist in this room, every single person that was nominated for this award this year and every year before deserves to win this. I don’t deserve to win it. But I’m sure as hell glad that I did!”

The singer also thanked his team and his label. “I love y’all,” he said.

When presenting the award, Jackson said, “I can tell by your experience when you stand up here and they call your name it really brings you down to earth to realize all the great people that have come before you.”

This year Combs was nominated for the award against fellow country singers Eric Church, Miranda Lambert, Chris Stapleton and Carrie Underwood. Combs was also nominated for male vocalist and song of the year, but he didn’t secure the win in either category. 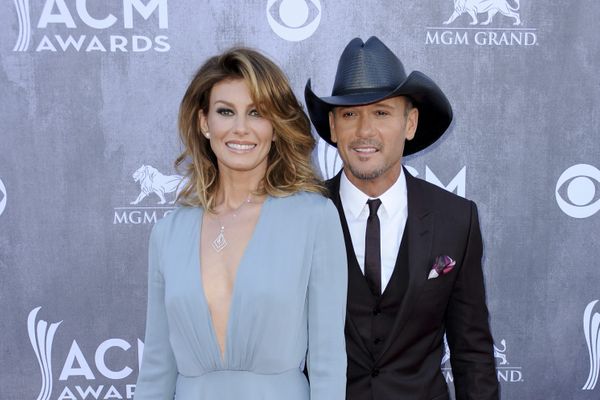