Marcus Coloma has taken over the role of Nikolas Cassadine on General Hospital (GH).

After months of speculation on whether Laura Webber’s (Genie Francis) son might return to GH, viewers were stunned yesterday when Ava Jerome (Maura West) asked the man who’d been stalking her at a Halloween party to remove his mask. As he revealed himself, she gasped and said: “Nikolas.”

The Cassadine heir was last seen on the sudser in 2016 – just before he fell over a balcony on Cassadine Island. He stepped in front of a bullet for Ava when Valentin Cassadine (James Patrick Stuart) tried to shoot her. Just before his supposed demise, Valentin made him sign over the entire Cassadine estate to him.

The role of Nikolas was first played by actor Tyler Christopher, who debuted on GH in 1996. He is the grandson of the late Helena Cassadine (originated by actress Elizabeth Taylor and then portrayed by Constance Towers), brother of Lulu Spencer (Emme Rylan) and father to Spencer Cassadine (Nicolas Bechtel).

Hayden Barnes (Rebecca Budig) and Jasper Jacks (Ingo Rademacher) have been on the hunt for Helena’s will codicil during the past few months – were they in cahoots with Nikolas the entire time?

What will the return of Nikolas mean for his mother Laura and his son Spencer? They’ll undoubtedly want to know where he been for the past three years. And his reappearance should mean even more trouble for an already troubled Valentin. How will Valentin react when he comes face to face with his nephew? Stay tuned to GH to find out! 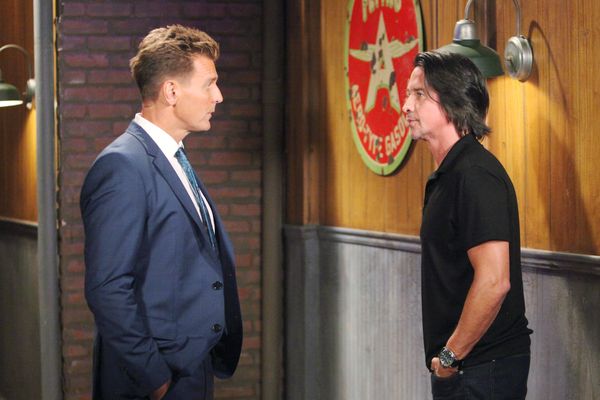