Meghan Markle and Prince Harry are taking things slow when it comes to launching their foundation, Archewell!

There had previously been reports out of the U.K. that their trademark filings had been rejected, however, an inside source shared with PEOPLE that the filings are “live and pending” adding that the filings “are going through the customary and normal process.”

The Duke and Duchess of Sussex began working on Archewell three months ago when they first moved to Los Angeles. They’ve been quietly working on the project behind the scenes to develop the foundation to be exactly how they envision it.

They’ve also spoken with experts to get second opinions and have thought-provoking conversations. “They have had the opportunity to speak with some incredible thought leaders, and those conversations have been deeply educational and helpful in identifying the work they want to with Archewell,” the source shared. “They are applying all their learnings to the future of the organization.”

Harry and Meghan have previously opened up about Archewell and the inspiration behind the name of the foundation. “Before SussexRoyal came the idea of ‘arche’ — the Greek word meaning ‘source of action.’ We connected to this concept for the charitable organization we hoped to build one day, and it became the inspiration for our son’s name. To do something of meaning, to do something that matters.”

“Archewell is a name that combines an ancient word for strength and action, and another that evokes the deep resources we each must draw upon. We look forward to launching Archewell when the time is right.” 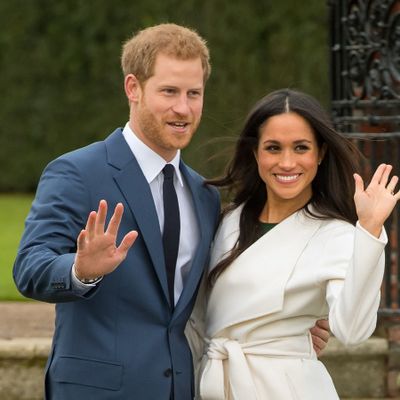