The Duke and Duchess of Sussex are cutting off ties with four major British tabloids as communicated through an unprecedented letter!

The duo, who has recently moved to Los Angeles with son Archie, shared a strongly-worded letter issued to editors on Sunday night which stated there would be “no corroboration and zero engagement” with their outlets.

The tabloids in question are The Sun, The Daily Mail, The Mirror and The Express which Meghan and Harry claim to fundamentally disagree with their style of reporting.

The letter comes the week before the Duchess has her first hearing in the legal case against Associated Newspapers in which she is suing the Mail on Sunday for publishing extracts of a “private and confidential” letter sent to her father in August 2018.

The letter reads in full, “As The Duke and Duchess of Sussex now settle into the next chapter of their lives and no longer receive any publicly funded support, we are writing to set a new media relations policy, specifically as it pertains to your organisation.”

“Like you, The Duke and Duchess of Sussex believe that a free press is a cornerstone to any democracy — particularly in moments of crisis. At its best, this free press shines a light on dark places, telling stories that would otherwise go untold, standing up for what’s right, challenging power, and holding those who abuse the system to account.”

“It has been said that journalism’s first obligation is to the truth. The Duke and Duchess of Sussex agree wholeheartedly.”

“It is gravely concerning that an influential slice of the media, over many years, has sought to insulate themselves from taking accountability for what they say or print — even when they know it will be distorted, false, or invasive beyond reason. When power is enjoyed without responsibility, the trust we all place in this much-needed industry is degraded.”

“There is a real human cost to this way of doing business and it affects every corner of society.”

“The Duke and Duchess of Sussex have watched people they know — as well as complete strangers — have their lives completely pulled apart for no good reason, other than the fact that salacious gossip boosts advertising revenue.”

“With that said, please note that The Duke and Duchess of Sussex will not be engaging with your outlet. There will be no corroboration and zero engagement. This is also a policy being instated for their communications team, in order to protect that team from the side of the industry that readers never see.”

“This policy is not about avoiding criticism. It’s not about shutting down public conversation or censoring accurate reporting. Media have every right to report on and indeed have an opinion on The Duke and Duchess of Sussex, good or bad. But it can’t be based on a lie. They also want to be very clear: this is not in any way a blanket policy for all media.”

“The Duke and Duchess of Sussex are looking forward to working with journalists and media organisations all over the world, engaging with grassroots media, regional and local media, and young, up-and-coming journalists, to spotlight issues and causes that so desperately need acknowledging. And they look forward to doing whatever they can to help further opportunities for more diverse and underrepresented voices, who are needed now more than ever.”

“What they won’t do is offer themselves up as currency for an economy of clickbait and distortion.”

“We are encouraged that this new approach will be heard and respected.” 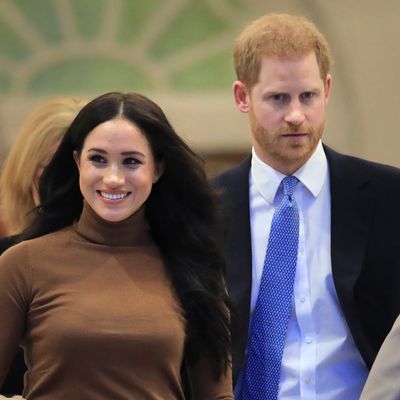