Meghan Markle’s life has already drastically changed since she began dating Prince Harry in July of 2016, but there is more to come!

Following the announcement of their engagement on Monday, November 27, Markle, who starred on the hit series Suits for seven seasons, revealed that she is retiring from acting as she looks forward to her life married to the British Royal.

“I think what’s been so exciting [transitioning] out of my career and into, as you said, the causes I can focus even more energy on, very early out of the gate, [is that you] have a voice that people listen to, a lot of responsibility which I take seriously.,” the 36-year-old said of focusing on using her new position for the greater good. She continued, “At the same time, I think in these beginning few months and now being boots on the ground in the U.K., I’m excited to just really get to know more about the different communities here, the smaller organizations who are working on the same causes that I’ve always been passionate about under this umbrella. And also being able to go around to the common wealth.” “There’s a lot to do,” Harry added.

Of course, Markle has never been just an actress, she served as the UN Advocate for Gender Equality and the Empowerment of Women and has been very active in international groups advocating for the rights of women and children. She also stated that she is excited for this new chapter in her life and isn’t remorseful about leaving acting behind.  “I see it is a new change, a new chapter,” she added. “I’ve been working on my show seven years, we were so fortunate to have that longevity, and I feel like I checked that box and am very proud of the work I’ve done there and now it’s time to work with [Harry] as a team.”

Harry added, “There’s a hell of a lot of work that needs doing. At the moment for us, it’s going to be that our relationship is always put first. But both of us have passion for wanting to make change—change for good.” 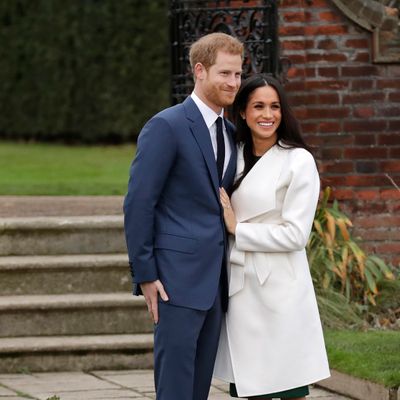