After dropping the bombshell news that they would be stepping down as senior royals, Meghan has returned to Canada while Prince Harry remains in the U.K.

Allegedly eight-month-old Archie had stayed in Canada while his parents returned to the U.K. and made their announcement, and Meghan is now returning to the country as well. Meanwhile, Harry has remained in the U.K. to continue the discussion with the palace about his “new progressive role” within the royal family.

It is believed that Archie was staying with Meghan’s friend Jessica Mulroney during his stay in Canada. Her three children served as page boys and a flower girl in the couple’s royal wedding in May 2018. Jessica has voiced her support of Meghan’s announcement in a subtle message on social media. She shared a quote from American filmmaker Gina Carey, “A strong woman looks a challenge dead in the eye and gives it a wink.”

Meghan and Harry shared that their new role would include splitting time between the U.K. and North America and many speculated that Canada would be their preferred location of residence since it’s part of the Commonwealth. Meghan and Harry have yet to confirm where they will be residing in North America, but this could be one of Meghan’s many visits between the U.K. and Canada if this is where they decide to split their time. 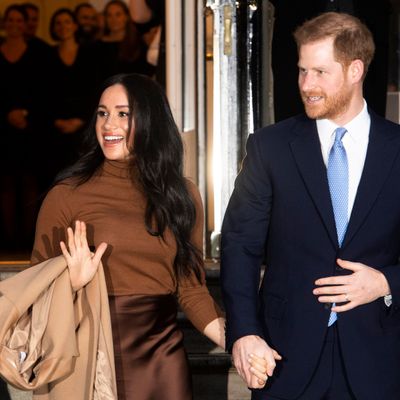