With the official royal wedding invitations in the mail for Prince Harry and Meghan Markle’s upcoming May nuptials, some of Markle’s estranged family members did an interview with Good Morning Britain to talk about not being invited to the big day.

On Monday, March 26, Markle’s nephew Tyler Dooley and his mother, Tracy Dooley, who was once married to Markle’s half-brother, Thomas Markle Jr. appeared on the British news channel to discuss the wedding and offered their support for the pair.

“We’ve been here from the very beginning. I mean, her whole life, just always rooting her on and supporting her,” Tyler said. His mother then added that they probably won’t be invited, saying, “Chances are, I don’t think that we are going to get the invitations and that’s just fine. We’re OK with that. But we’re supporting her on and just having a good time, so proud of her.” Upon the revelation that they probably wouldn’t be invited, the two revealed that Tyler hadn’t spoken to Meghan in about three years while Tracy admitted she hasn’t spoken to the former Suits actress in nearly 20 years!

The revelation caused the pair to then be eviscerated by host Richard Madeley who was quick to point out that them not being invited really isn’t that surprising given the distance between them, which apparently wasn’t clear before the two took the interview. “Well, then, it doesn’t seen unreasonable for you not to be invited, does it?” host Richard Madeley quipped. “I mean, if it’s 20 years, you’re pretty much on the fringes, aren’t you, of the family, to be honest?”

Tracy then added that she is “sure” that Meghan’s father Thomas Markle would be giving her away after their were some reports that he might not be the one to walk his daughter down the aisle. “I’ve heard that he’s going to be over there and I’m sure that he will be giving her away,” she explained. “The arrangements are being made… I don’t think he’s waiting for his invitation, because I’m sure they already have the plans in place, and for me talking to him, he’s very excited to be a part of it.” 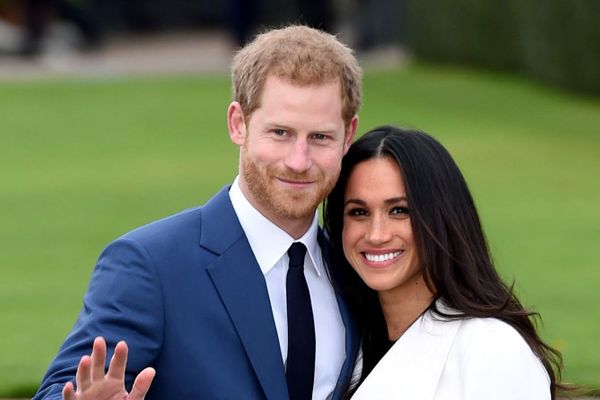