Only two months ago it was revealed that a Downton Abbey movie was in the works with the original cast on board, and now it seems that production has already begun!

Actress Michelle Dockery who played Lady Mary in the hit series took to her Instagram to share the first photo from the set of the film on Monday, September 10.

The post features a black-and-white photo which shows a clapperboard getting ready to begin a shot with a scene and actors set up in the background, one of whom appears to be Jim Carter’s Mr. Carson. The 36-year-old actress simply captioned the photo, “And…we’re off,” announcing the beginning of filming.

The Downton Abbey series ran for six seasons from 2010 to 2015, and fans instantly clamored for more before they finally got their wish this past July when it was confirmed the series was being adapted to the big screen.

Of course, Dockery isn’t the only reprising her role, it has been confirmed that more Downton Abbey stars including Maggie Smith, Laura Carmichael, Joanne Froggatt, Hugh Bonneville and Elizabeth McGovern are returning for the movie. One character who will not be returning however is Lily James as Lady Rose MacClare. “I’m sadly not, but I’m so excited for it — I’m going to be front row,” the actress said when asked if she was returning before revealing that her schedule prevented her from taking it on. “My character Rose moved off to New York, so it would be farfetched to bring her back,” she explained. “I would have loved to have come back for a scene, but for a movie it can’t be like a Christmas special and it needs to be a focused storyline… There was no space for Rose,” she added.

“Since the series ended, fans of Downton have long been waiting for the Crawley family’s next chapter,” commented Focus Features chairman Peter Kujawski back in July. “We’re thrilled to join this incredible group of filmmakers, actors and craftspeople, led by Julian Fellowes and Gareth Neame, in bringing back the world of Downton to the big screen.” 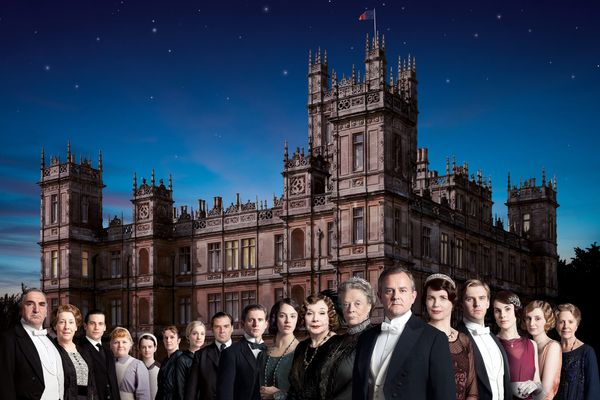