MTV Revives ‘Fear Factor’ With Ludacris As The Host

What’s old is new again! That is definitely the theme for movies and TV these days with remakes, reboots and revivals being announced seemingly every day. One that fans are really excited for is MTV’s announcement that they are bringing back the popular show Fear Factor and have tapped Ludacris as the executive producer and host.

According to the announcement made by MTV, VH1 and Logo president Chris McCarthy on Wednesday, April 12, the show’s revival will see everything that fans love about the series, but with a twist!

“MTV is about celebrating youth culture, and with the reinvented Fear Factor, we are putting the power in our audience’s hands to face and overcome their biggest fears. We are thrilled to partner with Ludacris, one of the biggest global stars who has a rich history with MTV, to energize this franchise for a whole new generation.”

“We are updating the challenges that will include fresh physical stunts and mental challenges, relevant to today’s culture,” McCarthy continued. “Each episode will provide contestants the platform to test their physical, emotional and mental strength, as well as the opportunity to overcome their biggest fears. No two episodes will be alike. We’re not about grossing out for gross-out sake. This is an adrenaline-filled show that is about testing physical, mental and emotional strength, as well as the ability to overcome our biggest fears.”

The series is already slated for 12 episodes, but the challenges will go beyond typical adrenaline-pumping and often disgusting challenges as the “newly designed” stunts will include tasks such as couch surfing at 300 feet or water logging personal cell phones. The series will also feature eight contestants paired up in teams of two as they compete for a $50,000 cash prize.

“I am excited to kick off my partnership with MTV, starting with the relaunch of Fear Factor, which will be even more insane and ludicrous than what you remember,” Ludacris said in a statement, adding, “This will be the first of many great projects together.”

Fans will remember that Fear Factor originally ran for six seasons starting in 2001 with Joe Rogan as the host.

The new Fear Factor will premiere on Tuesday, May 30 on MTV at 10 p.m. 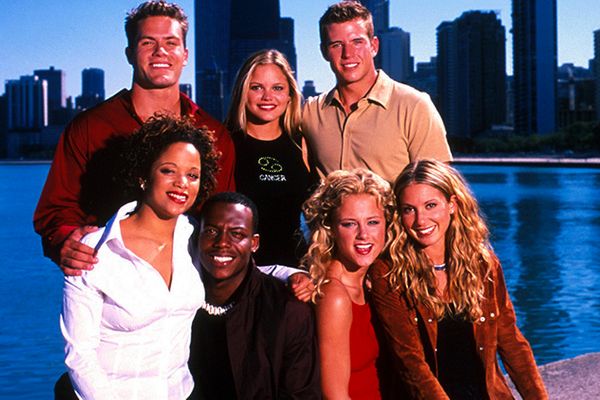