Nearly two years after it was announced that actresses Jennifer Aniston and Reese Witherspoon were teaming up for a new series, fans are finally getting their first look!

On Monday, March 25, both stars were at Apple’s headquarters where they introduced the series called The Morning Show which will air on the company’s Apple TV+ streaming service.

The Morning Show, “pull[s] back the curtain on the power dynamics between the men and the women of the high stakes world of morning news shows” and offers a “real insider’s view on the lives of the people who help America wake up every day,” Witherspoon, 43, told the crowd at the Steve Jobs Theater in Cupertino, California.

Aniston added, “Through the prism of those over-adrenalized, underslept people behind and in front of the camera, we take an honest look at the complex relationships between women and men in the workplace, and engage in the conversations people aren’t willing to have unless they’re behind closed doors.”

The series, which is based on the book Top of the Morning by CNN’s Brian Stelter, will also star Steve Carell, Gugu Mbatha-Raw, Billy Crudup, Bel Powley, Karen Pittman, Desean Terry and Mark Duplass.

After the series was announced back in July 2017, it was revealed in November of that year that Apple had already picked up the series for two seasons. Witherspoon and Aniston will be executive producers and are co-owners of the show alongside Michael Ellenberg’s Media Res company which is producing the series.

The new ad for the Apple TV+ lineup featured clips of a brunette Witherspoon seemingly watching from behind the scenes as Aniston anchors the morning show.

The sizzle reel also featured teasers of other anticipated series including the futuristic See which stars Jason Momoa.

Apple TV+ will debut this fall, but specific release dates for the new shows have been announced. 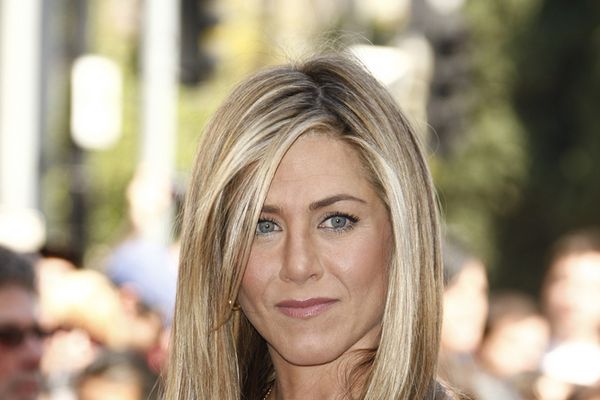