Demi Lovato and Nick Jonas teamed up with James Corden for this week’s “Carpool Karaoke” and the ride was hilariously awkward. In addition to the group belting out songs including Jonas’ “Close,” DNCE’s “Cake By the Ocean,” and Lovato’s “Heart Attack,” they also dished about their love lives.

Corden didn’t hesitate to grill the 23-year-old Jonas about his past relationships: “Nick you’re dating seemingly everyone, and then who else?” Lovato was quick to respond, much to Jonas’ annoyance. “It was Cyrus, Gomez, Cyrus, then Gomez then I don’t know what else happened,” Lovato said. Corden was eager for more details, prying further: “But this is all during the time that you’re wearing the old purity ring…it’s not anymore. So when did you decide to ditch the ring?” Jonas handled the personal question very well by replying, “I had a real relationship with an adult, and I fell in love actually, and I decided it was time to take the purity ring off.”

Corden also questioned the two pop performers about whether they’d date each other. “You dated Joe [Jonas],” he said to Lovato. “You dated Selena Gomez,” he said to Nick. “You two never…..?” “Never”, they said shaking their heads. “Not even like a 3 a.m. pause when you look in each other’s eyes?” “No!” Lovato laughed.

The group even discussed going on tour together, with Corden throwing out the idea that their band could be called “James Corden.” They decided to put their idea to the test by performing on the streets of L.A., where Corden debuted his skills playing drums on plastic buckets.

Check it out for yourself: 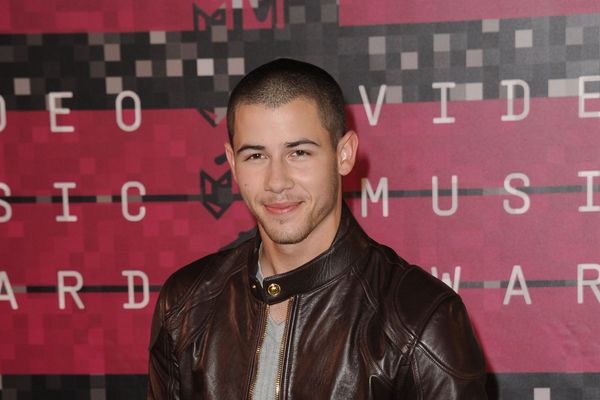