Actor Nicolas Cage has already filed for an annulment only four days after his whirlwind Las Vegas wedding to girlfriend Erika Koike.

The news came after Cage had filed for a marriage license on Saturday, March 23 and the couple receieved their marriage certificate that same day. Cage, 55, and Koike, a makeup artist, have kept their relationship mostly low-key and were spotted vacationing together back in April 2018 in Puerto Rico.

They were seen together again a month later in Los Angeles.

The marriage to Koike was Cage’s fourth marriage. In April 1995, he married actress Patricia Arquette but the pair later divorced in 2001. One year later he married his second wife Lisa Marie Presley in August 2002 but only three months later he filed for divorced which was finalized in 2004.

In 2004, Cage married his third wife, Alice Kim and one year later they welcomed their son Kal-El. In June 2016 the couple confirmed that they had separated after 12 years of marriage. Cage revealed he was shocked by their split. “It was a shocker for me – I definitely didn’t see it coming, and those feelings had to go somewhere, so they went into the performance,” he said in a 2018 interview.

“She was quite young when I married her and I don’t really have any ill will towards what happened,” he added. “That’s all I’ll say. And now it’s like, wow, I’m 54 and I’m single again – I didn’t see that coming! It’s pretty grim.” 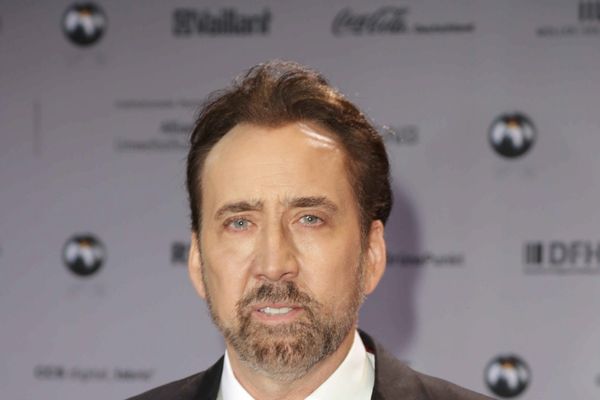