Nicole Beharie Reveals She Was Blacklisted After Sleepy Hollow Exit

Nicole Beharie is opening up about her Sleepy Hollow exit!

The actress played the lead character Abbie Mills and revealed that what happened on the show is “really interesting” considering what is happening now in the world.

“We had a lot of things happen that paralleled the conversations that are happening in this moment,” Beharie told the Los Angeles Times in a new interview. Mills exited the show in 2016, and it was revealed 3 years later that Beharie was battling an autoimmune condition.

“My co-star and I were both sick at the same time but I don’t believe that we were treated equally,” she told the San Diego Tribune in another interview. “He was allowed to go back to England for a month [to recover while] I was given Episode 9 to shoot on my own. I pushed through it and then by the end of that episode I was in urgent care. The doctors, including the doctors that the studio was sending, were all confirming, ‘Hey, she can’t work right now.’”

“There’s a lot of pressure in a situation like that where so many people are relying on you alone to get up and get going,” Beharie explained. “I feel like it’s taken me the last few years to really see clearly that it wasn’t personal, it’s about the way that these structures are set up. It was very difficult to talk about at the time because I wanted to get back to work. But I was labeled as problematic and blacklisted by some people.”

She added: “Sometimes I think that some people I was working with didn’t like that I was unwell but loved by the audience. Everyone of color on that show was seen as expendable and eventually let go.”

“I’ve been making sure that I’m working with the right folks. It’s something that we’ve seen with #MeToo and Time’s Up, where people who’ve asked questions have been discarded. It’s not a new story [but] I never thought it would be my story,” she added. “Unfortunately it is, but healing takes time and I feel like I’m on the other side of it. I learned a lot. I wouldn’t change anything. I wouldn’t wish it on anybody, though.” 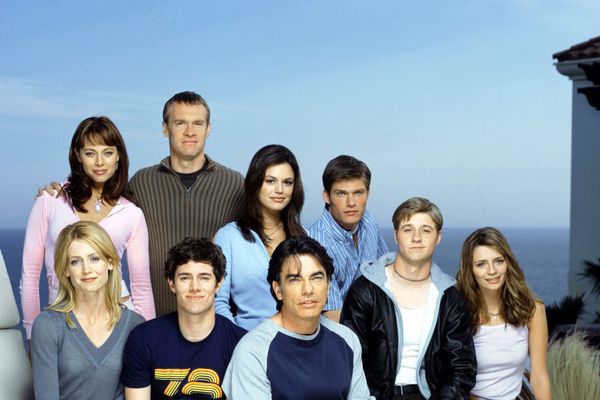