As fall comes around and TV series begin their new seasons, many are already looking ahead to Christmas and all the holiday movies the season brings.

Of course, one of the most anticipated is Lifetime’s The Christmas Contract which has brought together a slew of former One Tree Hill stars including Hilarie Burton, Robert Buckley, Danneel Ackles, and Antwon Tanner while Tyler Hilton will be making a special musical appearance.

Now, some of the stars have shared the first image from the film which features Jolie (Burton) returning home to Louisiana for Christmas for the first time since a bad breakup with her boyfriend. Seeing him is inevitable as their parents run the town’s annual Christmas Market together, but when she discovers Foster is bringing home a new girlfriend, Jolie cannot bear the thought of going home alone and seeing them together. Her best friend Naomi (Ackles) suggests that Jolie bring her flaky brother, Jack (Buckley), home for Christmas as he has no plans this year. Jolie, a professional web designer, is hesitant; so, Naomi, a lawyer, creates a Christmas contract to give them both something they want—a buffer for those awkward moments around Jolie’s ex and a website to help sell Jack’s upcoming novel. Unbeknownst to them, the Christmas contract proves to be so much more than what they signed up for.” 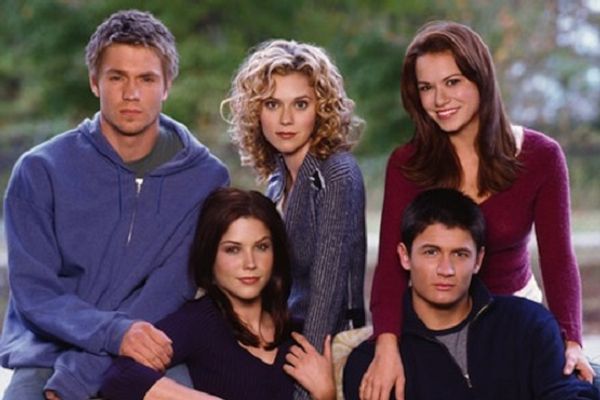