Parry Shen, who plays Brad Cooper on General Hospital (GH), announced on Facebook that he is leaving the soap.

“Well, it certainly feels like I should be paraphrasing Chris Evans’ Endgame tweet, doesn’t it? So, with that said…Playing this role over the last (almost) 7 years, has been an honor,” Shen posted. “To everyone in front of the camera, behind the camera and in the audience, thank you for the memories! Eternally grateful.”

Brad has been hiding a secret from his loved ones in Port Charles for more than a year. Baby Wiley is not who everyone thinks he is. The real baby passed away and Nelle Benson (Chloe Lanier) begged him to take her child with Michael Corinthos (Chad Duell) and pass him off as Wiley. Even Brad’s husband Lucas Jones (Ryan Carnes) doesn’t know the truth.

The tension towards a possible baby swap reveal on GH and Brad’s comeuppance has been building during the past few weeks. Lucas’ father Julian Jerome (William DeVry), who Brad had confided in, has now turned against him and even threatened him. He’s also faced intimidation from Liesl Obrecht (Kathleen Gati), who is also in on the secret.

Shen joined the GH cast as Brad in 2013. He’s also been on several primetime shows including Brothers & Sisters, Veronica Mars and Tru Calling. The actor has had parts in films as well including Snowpiercer, Victor Crowley, Swing State and the upcoming movie Automation.

Will Shen’s exit from the soap be a permanent one? Spoilers tease that someone will pass away on GH this week. So, will this be the last viewers see of Brad and will the baby swap finally be revealed? Stay tuned to GH to find out! 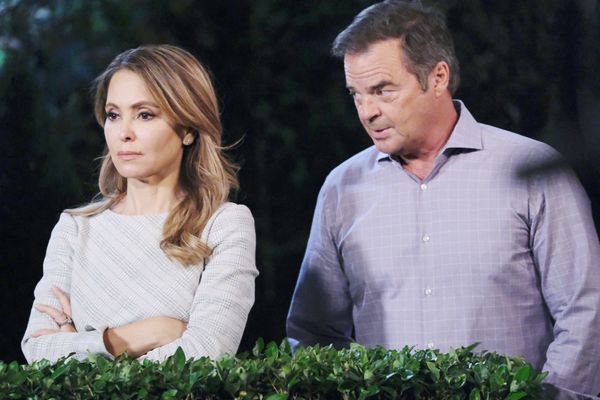