The actor is having a difficult time accepting his new title and hilariously joked about it in his interview with PEOPLE. “I do have an awareness, enough to know that when people hear that I’d be picked for this, they would say, ‘What?’ ” the actor told PEOPLE. “This is not false humility. There are so many people that should get this before me.”

While Rudd has a few major projects lined up such as teaming up with Will Ferrell for the new The Shrink Next Door and taking on Ghostbusters: Afterlife, he shared that he’s most happy when he’s at home with his wife and children.

“When I think about myself, I think of myself as a husband and a father, like I’m that,” he says. “I just hang out with my family when I’m not working. That’s what I kind of like the most.”

Rudd also revealed that his wife was the only person he told about the title in advance. “She was stupefied,” he says. “But you know she was very sweet about it. After some giggling and shock, she said ‘Oh, they got it right.’ And that was very sweet. She was probably not telling the truth, but what’s she going to say?”

Rudd also added that he is fully expecting his circle of friends to give him grief for his new title. “As they should. I would,” he shared. “I mean I’m going to lean into it hard. I’m going to own this. I’m not going to try to be like ‘Oh, I’m so modest.’ I’m getting business cards made. But all of my friends will destroy me and I expect them to. And that’s why they’re my friends.” 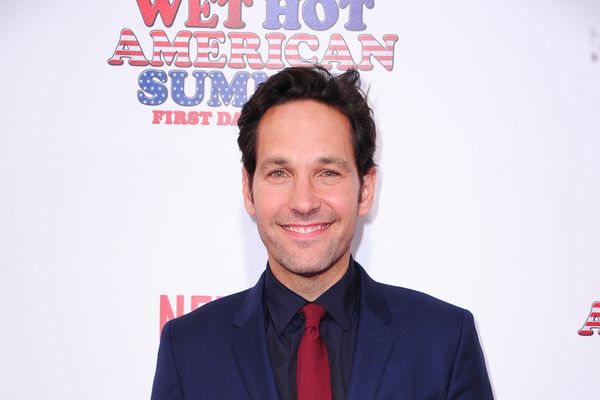