Peloton is speaking out after a surprising character tragedy in the Sex and the City revival And Just Like That… on HBO Max.

The episode shows a storyline that no fan of the show was prepared for: the passing of the iconic character Mr. Big (Chris Noth). The episode shows Carrie Bradshaw (Sarah Jessica Parker) and Mr. Big in a very happy chapter of their life, but it comes to an abrupt halt when Big suffers a fatal heart attack after a 45-minute ride on his at-home Peloton bike.

Peloton’s preventative cardiologist and a member of their health and wellness advisory council, Dr. Suzanne Steinbaum, is addressing the storyline and fatal heart attack. She released a statement to the Los Angeles Times on Thursday where she said, “I’m sure SATC fans, like me, are saddened by the news that Mr. Big dies of a heart attack,” said Steinbaum, who went on to explain that Peloton is not the reason for his passing, but rather lifestyle factors.

“Mr. Big lived what many would call an extravagant lifestyle — including cocktails, cigars, and big steaks — and was at serious risk as he had a previous cardiac event in Season 6,” the statement continued, referring to Big’s heart procedure in the 11th episode of Season 6, titled “The Domino Effect.”

“These lifestyle choices and perhaps even his family history, which often is a significant factor, were the likely cause of his death. Riding his Peloton Bike may have even helped delay his cardiac event,” Steinbaum said.

“More than 80 percent of all cardiac-related deaths are preventable through lifestyle, diet and exercise modifications,” the cardiologist explained. “And while 25 percent of heart attacks each year are in patients who already had one (like Mr. Big), even then they are very, very treatable. The lesson here is, KNOW YOUR NUMBERS!”

“It’s always important to talk to your doctor, get tested, and have a healthy prevention strategy,” Steinbaum continued. “The good news is Peloton helps you track heart rate while you ride, so you can do it safely.”

And Just Like That… airs every Thursday on HBO Max. 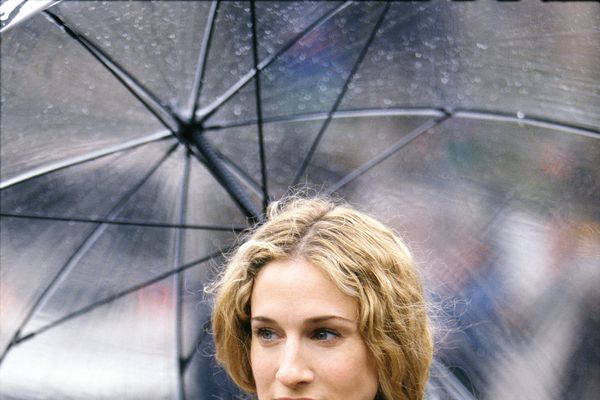