Prince Harry and Meghan Markle will be setting up a residence in Canada!

The royal duo shared last week that they would be stepping down in their roles as senior members of the royal family. A part of their “new progressive role” within the monarchy includes splitting their time between the U.K. and Canada, which is one of the Commonwealth countries. The Duchess spent many years living in Toronto while playing a role in Suits, so the country is quite familiar to her.

It was first confirmed that Prince Harry and Meghan Markle would be spending more time in North America when they shared the news in their original statement. “We now plan to balance our time between the United Kingdom and North America, continuing to honour our duty to The Queen, the Commonwealth, and our patronages. This geographic balance will enable us to raise our son with an appreciation for the royal tradition into which he was born, while also providing our family with the space to focus on the next chapter, including the launch of our new charitable entity.”

When this news about spending time in North America was shared, it was first speculated the couple may be moving to Los Angeles where Markle’s mother Doria lives, but the Queen later confirmed the move would be to Canada with her official statement.

“Today my family had very constructive discussions on the future of my grandson and his family,” the Queen shared. “My family and I are entirely supportive of Harry and Meghan’s desire to create a new life as a young family.”

“Although we would have preferred them to remain full-time working Members of the Royal Family, we respect and understand their wish to live a more independent life as a family while remaining a valued part of my family,” she added.

“Harry and Meghan have made clear that they do not want to be reliant on public funds in their new lives. It has therefore been agreed that there will be a period of transition in which the Sussexes will spend time in Canada and the UK.”

“These are complex matters for my family to resolve, and there is some more work to be done, but I have asked for final decisions to be reached in the coming days.” 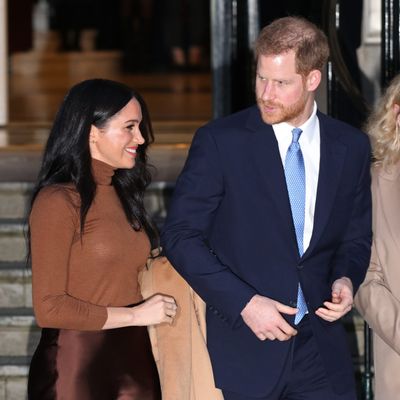