Prince William and Kate Middleton announced the exciting news that they were expecting a third child this past month and now William is opening up about life with their first two children.

Although we are so thrilled for the news of welcoming a third royal baby, we also can’t help but wonder how Prince George and Princess Charlotte are handling the news. Luckily, Prince William recently toured the Urgent Care and Trauma Center at Aintree University Hospital in Liverpool and shared an update on the budding royals!

“George rules the roost and Charlotte isn’t far behind,” William joked. “I think she’s going to be trouble when she’s older,” William admitted. “All fathers say that.”

Prince William also shared news about 4-year old Prince George who just started school at Thomas’ Battersea in the London borough last week. George definitely seemed quite nervous and emotional walking in for his first day of class, but Prince William assured it was actually the parents who were the most dramatic! “Most of the parents are in floods of tears,” he laughed. “And the children are absolutely fine!”

He later revealed that Prince George’s first day “went well” and joked, “There was one other parent who had more of an issue with their children, so I was quite pleased I wasn’t the one!”

Meanwhile, Kate Middleton was unable to attend because at three months pregnant she is suffering from the pregnancy complication of Hyperemesis Gravidarum, which causes extreme morning sickness. 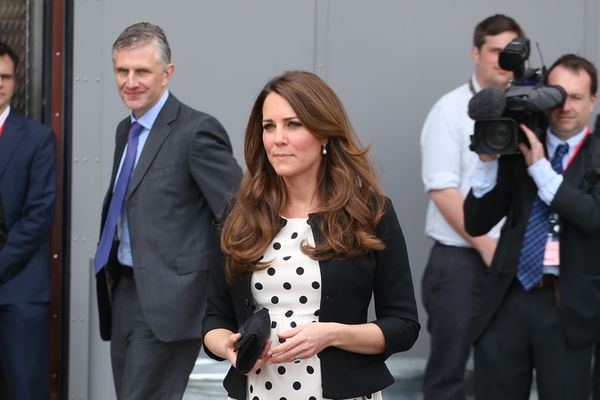 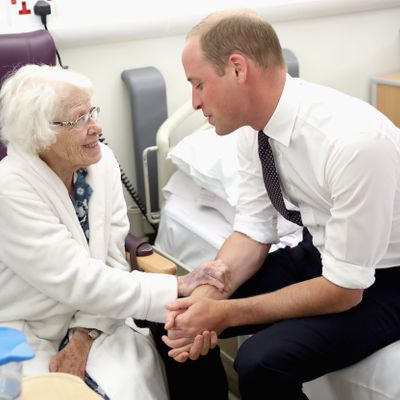