Following the news of Prince Harry and Meghan Markle’s engagement story, the two shared how the proposal happened, and while it was romantic and sweet, it was during any “typical” night.

The pair explained they were “roasting a chicken” or as Harry said “trying to roast a chicken” when he popped the question, and now William has shared he hopes that his brother’s engagement means he will continue to make his own food.

On the first day of Prince William’s two day visit to Finland, the Royal was asked about Prince Harry’s engagement news and his response was hilarious. “We’re very excited, delighted for them both. We’re wishing them all the happiness in this very exciting time. Personally, I hope it means he stays out of my fridge and will stop scrounging my food, which he’s done for that last few years!”

It seems that Prince William is in luck because Harry’s bride-to-be, Meghan Markle, is a self-proclaimed foodie just like her character on Suits, Rachel Zane, whom she portrayed for seven seasons. As it turns out roasted chicken is one of Markle’s specialties thanks to Ina Garten. “There is nothing as delicious (or as impressive) as a perfectly roasted chicken. If you have an Ina Garten–level roasted-chicken recipe, it’s a game changer. I bring that to dinner parties and make a lot of friends,” she previously told Good Housekeeping.

Now that Prince Harry and Meghan Markle are engaged there are probably going to be many dinner dates between the pair and Prince William and Kate Middleton as they are now neighbors with Harry and Meghan living in Nottingham Cottage on the grounds of Kensington Palace.

“Very excited and delighted for them both”. Before leaving the ice rink in Helsinki today, The Duke commented on the announcement of Prince Harry and Megan Markle’s engagement. The Duke is on a two-day visit to Helsinki, his first official visit to Finland. #RoyalVisitFinland coincides in the year the country celebrates its 100 Year anniversary of independence. 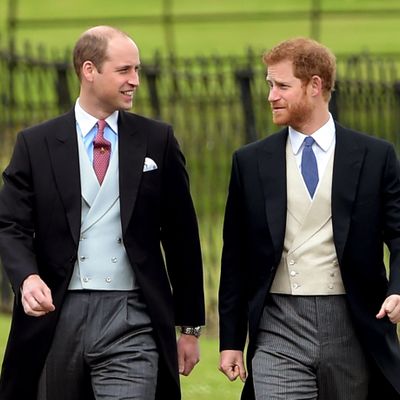