The most recent royal wedding has taken place, and for all those who couldn’t wait to see Princess Eugenie’s wedding look on Friday, October 12, she did not disappoint.

The daughter of Prince Andrew, Duke of York arrived at St. George’s Chapel in Windsor Castle for her wedding to Jack Brooksbank in a stunning gown that was designed with an open back in order to feature the scar from her spinal surgery.

The gown which was designed by Peter Pilotto and Christopher De Vos  featured a fitted botice and full pleated skirt as well as a neckline fold that hugged the shoulders with a high v-neck in the back and the front. The v-neck in the back was requested by Eugenie herself, who had surgery on her spine when she was 12 years old to correct her scoliosis.

The designers also paid tribute to prior royal wedding dresses, with the gown having a very simple and elegant look reminiscent of Meghan Markle’s wedding gown from earlier this year.

The fabric was designed by Pilotto and Vos at their studio in East London and includes a number of symbols that are meaningful to Princess Eugenie as motifs: a Thistle for Scotland acknowledging the couple’s fondness for Balmoral; a Shamrock for Ireland as a reflection of the bride’s maternal family; the York Rose; and ivy representing the couple’s home.

As for her stunning tiara, Eugenie donned the Greville Emerald Kokoshnik Tiara that was lent to her by her grandmother, Queen Elizabeth II. The tiara is made of many rose cut diamonds pave set in platinum, with six emeralds on either side and matched the tiara with gorgeous emerald drop earrings which were a wedding gift from Jack.

15 Most Iconic Royal Wedding Dresses Of All Time

Prince Charles and Camilla Parker Bowles had a tumultuous past after rumors of infidelity swirled while Charles was married to Lady Diana. The two did, however, receive their happily ever after and eventually married in 2005. Rather than a traditional wedding dress, Camilla instead wore an embellished golden damask dress designed by Robinson Valentine which was reportedly inspired by a piece of her mother’s jewelry.

The wedding of Princess Margaret and Anthony Armstrong-Jones was the first ever televised ceremony with over 300 million viewers tuning in, which definitely marks Margaret’s dress as one of the most iconic. The dress was made of a white silk organza without a stitch insight and featured a tulle veil. She wore quite a dramatic tiara, which was the Poltimore tiara and was made in 1870 for Lady Poltimore. The look was quite typical for ’60s fashion with clean lines, a sleek shape and a timeless feel.

Former model and lawyer Alessandra de Osma married Prince Christian of Hanover in late 2017. The two had quite the romantic courtship and fell in love when Alessandra was the Prince’s tour guide in Peru. De Osma wore a lace, high-neck gown designed by Jorge Vázquez to the wedding and definitely gave off some Grace Kelly and Kate Middleton vibes with her bridal look. She wore the Hanover Floral Tiara on her head which was previously worn by Princess Caroline of Hanover.

Lady Charlotte Wellesley married financier Alejandro Santo Domingo in Spain back in May 2016. Wellesley wore an Emilia Wickstead bridal gown which featured a dramatic off-the-shoulder neckline and a stunning tulle veil with pearls embellished throughout. She pulled her hair back into an elegant bun, which was the perfect choice to allow the unique neckline of the dress to stand out even further.

Princess Sofia of Sweden and Prince Carl Philip married back in 2015 in Stockholm at the Royal Palace Chapel. Princess Sofia wore a custom-made gown that was likely inspired by Grace Kelly and Kate Middleton’s regal lace wedding gowns. The look was designed by Swedish designer Ida Sjöstedt and featured a dramatic train that required an assistant to carry it behind her as she walked.

Princess Madeleine and Christopher O’Neill married back in 2013 at the Royal Palace Chapel in Stockholm. Madeleine looked stunning as ever wearing a custom-made gown and veil designed for her by Valentino Garavani. The design followed a common royal dress pattern and featured an elegant lace off-the-shoulder neckline and a simple A-line shape.

Back in 1937, the Duke and Duchess of Windsor wed in a relatively modest affair that was actually deemed quite controversial at the time. The press wasn’t allowed at the event and the ceremony was intimate and small, which is much different than the royal weddings we’ve come to expect today. Rather than a traditional wedding gown, Wallis Simpson wore a soft blue gown that was made of a light crepe material and featured a tight corset bodice. The iconic gown was designed by Mainbocher and is now kept at the Metropolitan Museum of Art in New York.

Prince Felix of Luxembourg married German sweetheart Claire Lademacher in 2013. The bride wore an intricate Ellie Saab design that was custom-made for her and featured a swirling lace design throughout. According to Hello! Magazine, the dress featured a three-meter-long train and was embroidered in Chantilly lace. Princess Claire topped her look with the Grand Ducal family’s diamond tiara.

The wedding of Princess Charlene and Prince Albert II of Monaco is perhaps one of the most memorable because of the claims that were released following the wedding. Allegedly Princess Charlene tried to run away on three separate occasions to escape her arranged marriage to Prince Albert. Charlene seemed quite glum and detached throughout the entire ceremony, but her dress definitely brought some lightness to the occasion. Instead of the typical regal lace gown, Charlene opted to take the minimalist route and wore a custom wedding dress by Armani Prive with an off-the-shoulder neckline and sleek silhouette.

Crown Princess Victoria of Sweden and Prince Daniel tied the knot in July 2010 in Stockholm, Sweden. In 2010 the wedding had been described as “Europe’s biggest royal wedding since the Prince of Wales married Lady Diana Spencer in 1981.” Westling acquired Victoria’s title and became the Swedish prince and Duke of Vastergotland. As for Victoria’s dress, she took the sophisticated route and opted for a Par Engsheden design that featured a rounded off-the-shoulder collar.

For her wedding, Meghan Markle wore Givenchy Couture, designed by Claire Wright Keller. The design of the gown was simple and minimal with an open bateau neckline, sculpted waist and three-quarter-length sleeves. The most amazing part of her wedding day ensemble was the cathedral-length style veil, which was made of silk tulle and featured hand-embroidered flowers. To keep the veil in place, she wore the Queen Mary Diamond Bandeau, which features diamonds set in platinum and a center detachable brooch made of ten diamonds.

Queen Elizabeth’s regal bridal gown was undeniably one of the most influential and shaped the course of wedding dresses for generations going forward. The Norman Hartnell 1947 design coined the bridal trend of wedding dresses with heavy embroidery. The intricate design was actually inspired by a Renaissance painting by Botticelli which incorporated motifs of growth and rebirth following World War II.

No one could possibly forget the ethereal lace gown that Kate Middleton wore in 2011 to marry Prince William! Her wedding gown was much anticipated and absolutely delivered with its delicate lace design and flattering V-cut neckline. The custom-creation was designed by Sarah Burton for Alexander McQueen and influenced brides worldwide who hoped to channel Kate Middleton on their own big day and opt for an elegant lace design.

The late Princess Diana was one of the most beloved royals in the world and is still remembered fondly for her compassion and kindness. Her royal wedding to Prince Charles of Wales is still one of the most buzzed-about royal weddings of all time, which is largely due to the Princess-inspired gown Diana opted to wear. The custom-made dress was designed by David and Elizabeth Emanuel and featured oversized sleeves, a voluminous skirt and a 25-foot train which was one of the longest the world has ever seen.

Of all the iconic wedding gowns, Grace Kelly of Monaco’s has got to be one of the most memorable! Kelly made a celebrity-to-royal transition, much like Meghan Markle, which meant the duo had all eyes on them on the big day. Her dress featured a sheer lace bodice and a full skirt, which is one of the most common royal wedding looks to date. Grace Kelly coined the bridal look that would influence generations of brides to come, Kate Middleton included, which makes her wedding look the most iconic royal dress of all time. 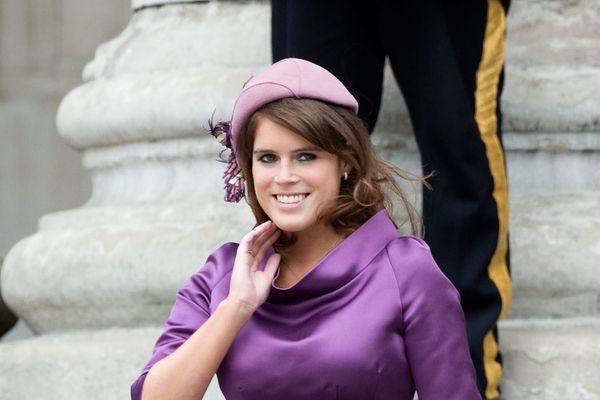 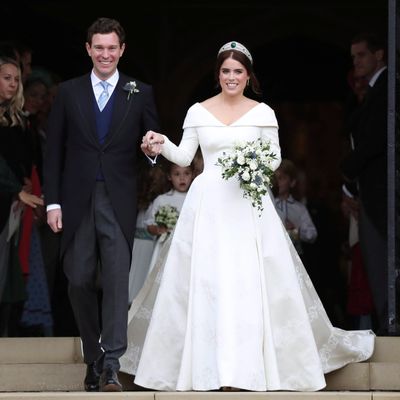