Get in loser, we’re talking about making another Mean Girls movie.

Rachel McAdams, who portrayed queen bee Regina George in the hit 2004 comedy Mean Girls, recently expressed interest in reprising her role once again in a sequel.

During the Hereos of Health live stream on Saturday, April 18, a fan asked McAdams if she’d want to play her Mean Girls character again.

“It would be fun to play Regina George later in her life and see where life took her!” the actress said.

Although McAdams is also known for starring in other hit movies like The Notebook and Spotlight, her performance in Mean Girls was critically acclaimed and instantly launched her to stardom.

Last week, Lindsay Lohan, who played Cady Heron, voiced her enthusiasm for a sequel to Mean Girls – and McAdams is totally onboard with Lohan!

“I wanted to come back with a Mean Girls 2 with the same cast, work with Tina Fey, and the whole crew again,” Lohan said on Lights Out With David Spade on April 14. “That was really what I wanted, I was excited to do that. But that’s all in their hands, really.”

In 2016, McAdams said she was interested in starring in a Mean Girls sequel.

“We got to have a reunion at a photoshoot a couple of years ago and it wasn’t enough,” she said, adding that she thinks her character would be a mom who “had a few babies who are plotting your demise in the womb.”

At some point in time, there was technically a sequel to Mean Girls, titled Mean Girls 2, which was released in 2011 on ABC Family. However, the movie flopped and didn’t see any of the original cast return, except Tim Meadows.

Fey, who wrote and acted in the original movie, helped turn it into a musical that premiered on Broadway in April 2018. Earlier this year, she also announced that a film adaption of the Mean Girls musical was in the works.

If the upcoming musical-turned-movie works out, fans can only hope that Lohan, McAdams, Amanda Seyfried, Lacey Chabert, and more will reprise their original roles in either a cameo or a bigger role. 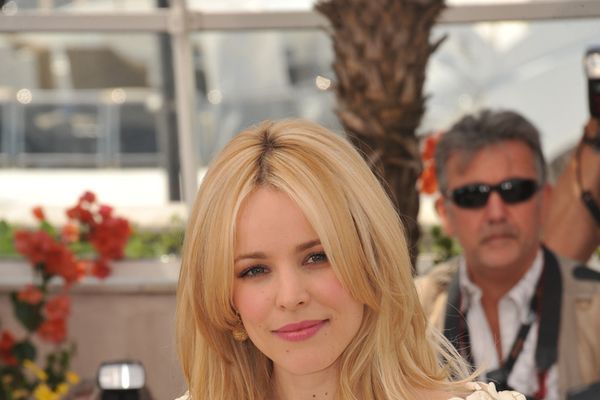