The Real Housewives of New York City star Luann de Lesseps has opened up about her split from Tom D’Agostino Jr. The couple’s split was announced earlier this month after seven months of marriage.

Luann sat down with Andy Cohen and shared the one event that led to her divorce during a special preview of Watch What Happens Live One-on-One With Luann de Lesseps. “It was like the weekend before the reunion basically, and Tom went out and he called up an old girlfriend and they met up with a group of people and I didn’t know about it,” Luann reveals in the clip. “I found out about it the next day in the press, so that for me was, like, the final straw. I was like, ‘I can’t do this anymore.'”

Luann also addressed the rumors of a report claiming she slapped the businessman in an upscale New York restaurant this past July. “I didn’t slap him,” she counters. “What I did was grab his face. It was in the heat of the moment. I was hurt about something. I wanted his attention, so I grabbed his face. It wasn’t really a slap.”

A source also previously revealed that aside from ex-girlfriend troubles and public arguments, another large deciding factor in their divorce was the challenges of living in the spotlight. “He is the same person he was when Luann met him. He likes to go out and talk to people, but also wanted to live a private life with Luann,” an insider revealed to Us Weekly. “Tom couldn’t handle the reality TV lifestyle. He was waiting for the hamster wheel to stop after filming, but it did not.”

More information about the De Lesseps and D’Agostino split will be revealed in Watch What Happens Live One-on-One With Luann de Lesseps which airs on Bravo September 6 at 11pm. 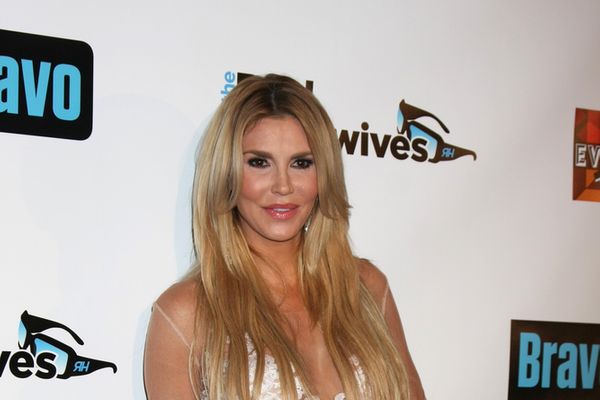