Reality Steve Bachelorette Spoilers 2017: Who Does Rachel Pick In The End?

Just like that it seems that Rachel Lindsay’s time as the Bachelorette is almost up as she has already narrowed down her group of potential loves to four and after tonight there will only be three left! The final four is one of the biggest steps on the show as fans finally know who she is best connecting with, but also finally get to learn more about them as Rachel will go to their hometowns and meet their families.

With only a few weeks before Rachel makes her final decision, fans are more anxious than ever to find out who Rachel ends up with and luckily for them Reality Steve has all of the answers! So, get a glass of wine and some snacks and settle in because things are about to get interesting!

Reality Steve Bachelorette Spoilers 2017: Who Does Rachel Pick In The End?

With her final four being Eric Bigger, Bryan Abasolo, Peter Kraus, and Dean Unglert, Rachel will be travelling to Baltimore, Miami, Madison, and Aspen to meet the guys’ families who will hopefully help her make the tough decisions for the eliminations ahead. After her hometown dates, Rachel says goodbye to Dean, and the remaining three along with Rachel head off to Spain for romantic overnight dates. Although Reality Steve doesn’t have any details on the dates, Eric is eliminated afterwards meaning it is all down to Peter and Bryan for the final rose ceremony,

In the end, despite many stories saying she chooses Peter, Rachel actually chooses Bryan and the pair become engaged!

What do you think of Rachel’s final pick? 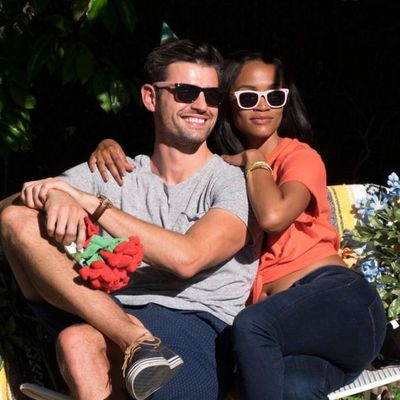