According to reports from TMZ, a repo company has been contacted in order to reclaim a 2013 G-Wagon owned by the 26-year-old rapper. It is apparently the same vehicle that Tyga once gave to his ex Blac Chyna, but then had repainted last August and shortly after Jenner was seen driving it around, making many assume it was re-gifted as her 18th birthday present.

According to the gossip website, the repo men were hired because no payments for the SUV have been received since October of last year. The documents they have also have Kylie is listed as Tyga’s girlfriend with her address listed as a place to potentially find the vehicle in order to repossess it. Reports indicate that the company has been after the vehicle for at least a month, but have hit a wall, literally, because it is at Kylie’s house behind her two security gates which they aren’t allowed through.

Even though Tyga raps about having money and is often seen flashing wads of cash, multiple reports indicate that he actually has quite a few financial problems and not enough money to fix them, and clearly Kylie isn’t willing to dish out some of her millions to help him out. 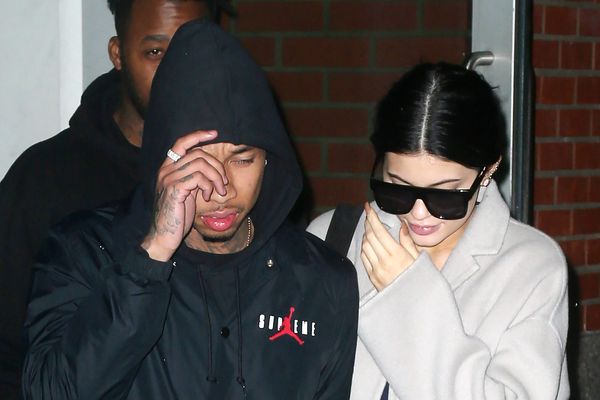