Rihanna wants fans to stop asking about her new album while she’s busy “trying to save the world.”

During an Instagram Live stream on Friday, April 10, Rihanna got fed up with her followers constantly asking about her upcoming ninth album. “If one of y’all … asks me about the album one more time when I’m trying to save the world…,” she said to her fans.

Rihanna has recently made headlines about helping those affected by the ongoing public health and safety situation.

First, the singer donated $6 million to the global relief fund via her Clara Lionel Foundation to be split among organizations like Direct Relief, Feeding America, Partners in Health, the World Health Organization’s Solidarity Response Fund, the International Rescue Committee, and others.

Recently, Rihanna has teamed up with Twitter founder Jack Dorsey to donate over $4 million to help address the escalating domestic violence cases in Los Angeles that have unfortunately spiked due to the social distancing lockdown. Their donation will “provide 10 weeks of support including shelter, meals, and counseling for individuals and their children suffering from domestic violence at a time when shelters are full and incidents are on the rise.”

As for Rihanna’s upcoming album, which fans have dubbed R9, the singer previously teased in a cover story for Vogue‘s November issue that it will be a reggae-inspired album. “I like to look at it as a reggae-inspired or reggae-infused album,” she said. “It’s not gonna be typical of what you know as reggae. But you’re going to feel the elements in all of the tracks.” 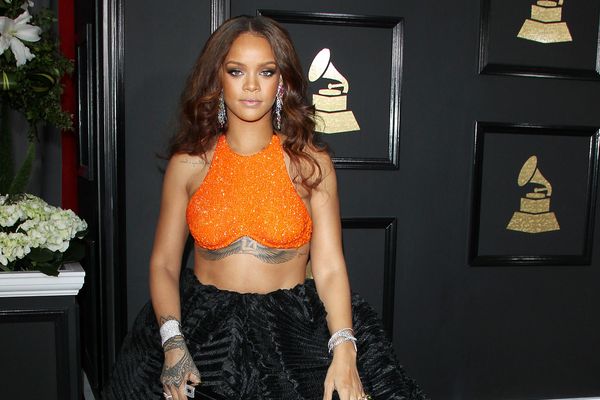